In an effort to avoid writing anything myself, I have been, um, researching the blogging community. 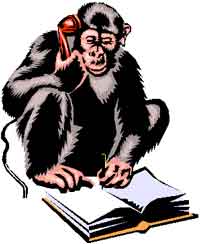 I have been reading a type of blog that may be described as “adult oriented.” Actually, many of them are adultery oriented. What they are is sex blogs. Blogs about sex, often described quite explicitly.

So far I haven’t looked at any sex blogs written by guys. Being a guy, it might be enlightening to learn what others are thinking and doing in this arena. On the other hand, call me old-fashioned, but when it comes to sex I am mainly interested in women, and what they’re thinking and doing.

And gosh, it’s surprising what they are willing to tell, under cover of internet anonymity. Some of them are married and having affairs, which they are keeping secret from their husbands, naturally, but for some reason they just have to tell everyone else in the whole world about it, about how their lovers don’t have much to say, but wow can they get everyone’s pants off fast once that motel room door closes! And the gymnastics that people can do with only limited equipment — a double bed, a 3-drawer chest, a Danish modern chair. Let me tell you, it’s really been an eye-opener.

I believe some of these things happen in real life, otherwise how to explain the occasional motel-room shooting? And there may be a portion of this filthy stuff that I’ve been researching that has been written with, shall we say, some poetic license. All I can say is thank you Lord, for these naughty girls and their nasty stories, imagined or real.

That’s not what I mean. I mean to make some kind of intellectual comment about the longing that so many of us have to be recognized, to touch and be touched, to reach out and say I’m here, won’t somebody hold me, know me, take me. This isn’t just a chick thing, either, although male bloggers may be more in touch with their feminine side than regular dudes. Hey, I’m not ashamed.

Most of you reading this will not remember the CB radio craze of the 1970’s, either because you weren’t born yet or you were high at the time and have blacked it out from your memories. But there was a period of years when otherwise normal people were using these little low-power two-way radios, mostly in their cars, I think, to talk to complete strangers at random. Big-time high-power amateur radio operators (hams) had been doing this since the thirties, but CB radio was for the masses. It was relatively cheap and easy, and you didn’t have to get a license to transmit. So God knows how many good buddies were gettin’ their ears on and chatting with anyone and everyone on the air. As a society, we must have been too uptight to run numerous popular magazine articles about this fact, but my guess is a lot of those conversations revolved around s-e-x. Anonymous, safe but oh-so-tantalizingly real-time.

CB radio died out, mercifully. Now it’s back to just truckers warning each other about where the Highway Patrol is, and the rest stop hookers. But now we have blogging. No, it’s not the same thing. Blogging is a much more noble, intellectual pursuit. Downright dorky, the unenlightened might say. But if the number of raunchy blogs that I have stumbled upon, completely by accident and without intending to, is any indication, there are a lot of amateur pornographers out there.

Or maybe not. Here’s what I’d like to know: Does writing sexy stuff, uh, get you off? When you write sexy stuff and put it on the internet, are you hoping someone will read it and get off? Would that be fun for you? Or are you (hypothetically, of course) thinking that some day someone will track you down and actually do sexy stuff with you, based on your naughty blog? In the words of the great Cecil B. DeMonkey, What’s your motivation?