What is the point of flirting on the internet? 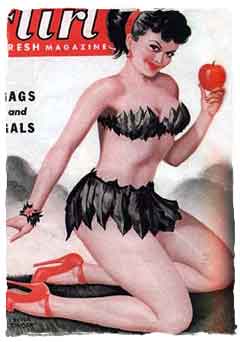 Come to think of it, what is the point of flirting at all? I mean, when you have no intention of getting up close and making out, why wink and giggle and exchange sly innuendo? Flirting, or whatever you want to call it, is prelude to sex, isn’t it? If, as I suspect, nine out of ten cases of flirting do not lead to sex because the flirter doesn’t want to have sex with you, what the heck is going on?

If I like you and you flirt with me, I will want to take it to the next level, and the next, and the next, as quickly as possible. I can’t help it. So in person, it’s not really flirting. It’s teasing.

But on the internet, it’s far removed even from teasing. In most cases you are using your cute lines on somebody you don’t know, who is responding from a place god knows where, and the chance that a next level even exists is down there right around – say it with me now – zero.

So flirting on the internet: Are you doing it for yourself, to show yourself that you’ve still got it or something? Does it somehow boost your ego? Are you demonstrating to others that you are a player? Have you just not thought it through and realized that it’s going nowhere?

Why don’t you tell me about the mystery dance?