I never found Roseanne Barr’s style of nasty redneck humor very funny, and now that she has come out as a racist I’m not particularly surprised about that, either. I’m not a Twitter user 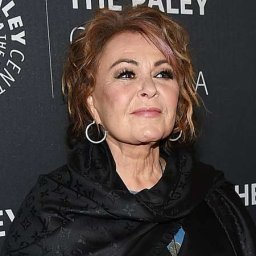 (real men don’t tweet), so I have been unaware of her history of walking up to the line of propriety and then stepping back. This time she went too far, and good for ABC Television for dumping her and her show, despite it being a huge “hit” for them.

Roseanne’s “apology” is pathetic, too:

I apologize to Valerie Jarrett and to all Americans. I am truly sorry for making a bad joke about her politics and her looks. I should have known better. Forgive me-my joke was in bad taste.
7:33 AM – May 29, 2018

This is too little, too late, from a woman who has made her feelings about politics and race pretty clear over the years. I don’t know exactly how lucrative that show was to Barr personally, but I read her apology as an insincere attempt to control the damage and save her enormous revenue stream. Of course it’s a “bad joke” — one of the worst I’ve heard lately.

But Barr is a professional comedian. She knows that a joke is supposed to be funny, and her Twitter remark (she has deleted it, but you can look it up yourself) was nothing but mean. There’s no way she thought it was funny, so there’s no way she intended it as a joke. It was nothing more than a slur. If anybody laughed it was only that special group of uneducated whites, victimized and totally unaware that they were born to privilege, getting together and chortling over their newfound freedom to be bigots.

So good riddance to Roseanne on television. The sad part of this is not that her show got canceled. It’s that so many TV viewers were so delighted with her show, her character’s world view, and, as it turns out, Roseanne herself. If the show gets picked up for another season by another network (maybe Fox?) these same viewers will still be watching, even knowing what they know now.