This comes just a couple of hours after he had “the full confidence of the president.” Given his obvious criminal and unethical behavior both before and 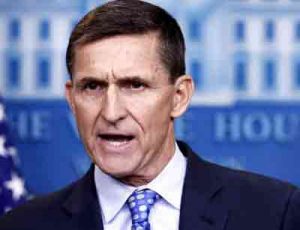 after he (and Trump) took office, this turn of events was inevitable, and I’m sure he was ordered to resign. Trump’s inner circle is no doubt hoping that, now that he’s gone, there will be no investigation, as that would surely implicate others in the new administration. They’ll be saying “It’s over, nothing to see here, let’s move on, the nation has more important problems, blah, blah, blah.”

But can you imagine how this would go down had Hillary Clinton been president? Every committee in Congress would open investigations, and they would continue for eight years. Of course, Republicans control both houses of congress, and run all the committees, so there won’t be any investigations of the Flynn scandal.

It’s time for the mainstream press to hitch up their big girl pants and look into this, no matter how long it takes or where it leads.