I’m not going to pretend that this pisses me off any more than everything else Donald Trump and the gang are up to.

The Trump Administration is looking less like the second coming of the German Nazi Party every day, and more like a Keystone Kops comedy. Their barrage of Executive Action signings are mostly just photo ops, and the one they really got behind — the Muslim Ban — has now been stayed by a federal judge and the stay has been upheld by a panel of the 9th Circuit. This is not to say that they won’t hurt a lot of people before it’s over, but at least there is hope that they won’t bring down the Republic.

But Donald Trump’s refusal to divest himself from his businesses, create a blind trust and stop hiding his financial dealings from the American people remains the most serious of his betrayals. While the president gets some legal leeway in this matter, there is a reason all previous presidents have taken steps to separate themselves from business activities while in office. Doing a good job at being president should be the only thing on Trump’s agenda. Instead, he remains the owner of his company, and stands to benefit WHILE IN OFFICE from income generated from it.

He has tweeted in support of his daughter’s clothing line. Ivanka herself has 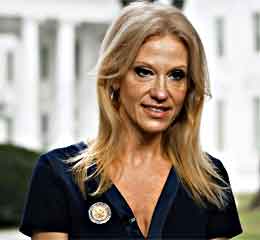 advertised jewelry she is selling as having been worn on a 60 Minutes interview. Melania has recently admitted in court that she plans to enhance her own wealth as a result of being First Lady. The whole family, not to mention Trump’s sycophantic staff (see Kellyanne Conway article), is trying to cash in.

Trump has serious ethical and criminal issues. He must address them now. We need a president focused on the nation, not on getting richer. If he wanted to remain in the business world he should not have run for president.