Just a quick one. 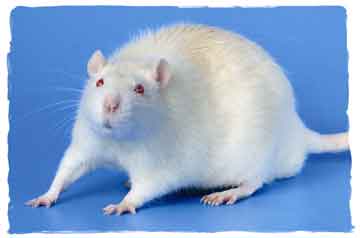 I want to get this in tonight, before Pops gets hold of it.

We all know that God works in mysterious ways. We hear it every time a tornado demolishes another mobile home park in Oklahoma. Amazingly, one trailer is always untouched, surrounded by horrifying devastation. The folks who lost everything are always consoled by hearing of God’s Mysterious Ways. We can’t comprehend the methods of the Lord. Or maybe the nicest, hardest-working guy at your job gets fired for being late because he stopped on his way to work to help an old lady change a tire on the freeway. A crippled old lady. No doubt God has plans for that young man, big plans, but since he’s working in Mysterious Ways, we can’t see them, or we think they don’t make any sense. Or, if you’re a Democrat, every four years your serious, experienced and thoughtful candidate gets trounced by some yahoo in a plaid Howdy Doody shirt, and you have to think – say it with me – Mysterious Ways.

As mysterious as these occurrences are, as opaque and unfathomable, they are flickering shadows on the wall of the cave compared to this crazy thing discovered by German scientists. I mean, tell the truth, did you ever think in your wildest peyote-induced fantasy that the ultimate salvation of the human race would come from the balls of mice? That’s right, German mouse testicle researchers have shown us that you can probably get stem cells from sperm-producing cells in your testicles. Stem cells, you’ll recall from recent congressional debate, are cells that can morph into any other kind of cell in your body, thus they can be used to rejuvenate your burned-out liver after fifty years of heavy drinking, not to mention grow new heart valves and eyeballs and restore damaged nerves and brain cells. They are – dare I say it? – the fountain of youth!

Trouble is, up to now the main source of them has been embryos, and no one wants to violate the sanctity of the embryo, right? Luckily for them (the embryos), the defenders of the rights of citizens who have no voice, primarily because they are undifferentiated cells who live in petri dishes, have managed to stymie any serious progress in the field of stem cell research, which leaves that tantalizing fountain of youth miracle just out of reach.

Enter the mouseball boys from the Georg-August-University of GÃ¶ttingen. Through an elaborate process, undertaken who-knows-why, they have discovered that they can get stem cells from mouse testicles. Of course it’s not likely these cells will work in humans, but it’s only a matter of time before they get hold of some guy’s testicles and start to demonstrate that there are stem cells there, too.

What this means is that the ethical dilemna (or political pandering, you decide) of using embryos to obtain stem cells will evaporate, stem cells will become plentiful, research will forge ahead and guys like Alan Greenspan will start to look and feel young again.

Of course, this will only work if you happen to have testicles. Sorry girls. God works in mysterious ways.