The sun came out the other day,

so I thought I’d sit in the patio and read my Jack Reacher book. I got out a folding chair, put a towel over it so I wouldn’t have to clean it up before sitting in it, and settled in for a few thrilling chapters of The Sentinel. When my first cup of coffee ran out I went inside to get a refill, and in the few short minutes I was gone, Catherine the Great (Cat for short) decreed that the chair was now her throne, and I was no longer allowed to sit on it. As you can see, she means business.

As the coronavirus spreads worldwide it is clear Donald Trump is the biggest threat to the health and well-being of Americans. He began by not taking action and hiding the facts from us while U.S. intelligence agencies were warning him in January that China had a virus problem. Once he was forced to acknowledge the pandemic he went on TV to say that it was more or less just “the flu,” downplaying it for a few weeks. When experts at NIH and CDC told him of the imminent danger, he finally began to admit publicly that it really was a deadly problem and everyone had to stay home and take hygiene precautions or else.

If there are any other atheists out there who need more reasons to keep religion OUT of matters of the state, Ed Kilgore outlines a few of them here. Many of Trump’s apologists are saying that Donald is not the self-involved, narcissistic ignoramus he appears to be. Rather he is “the chosen one,” whatever the fuck that means.

I received a telephone call this morning from a number I didn’t recognize. A man I didn’t know called me by name and asked if I had been feeling any pain lately. I told him no, I was in good shape.

Are you sure?” he asked. “Perhaps a little arthritis or something?”

“Nope,” I replied. “Feeling just fine, thanks for asking.”

These self-checkout machines they have in stores suit me.

If I am buying ice cream for the third day in a row, they do not judge me. They accept my scanned products, and talk to me in a soothing voice, asking if I have a phone number I’d like to enter, how many bags am I buying, or if I am ready to pay for my purchases. It’s purely transactional, but am I there for a party? No, I am not!

Each morning for the past six weeks or so as I backed out of the garage I saw this weed in my rear view mirror. It was growing right out of the paved alley, and getting bigger and bigger. The nerve of some weeds!

With family members Molly the Cat and Buddy gone forever I started a couple years ago tossing random crumbs out in the backyard for any critters who happened to be interested. Turns out the neighborhood sparrows were quite interested, but they soon demanded water, too, so I put out a big bowl for them and filled it a couple of times a day.

END_OF_DOCUMENT_TOKEN_TO_BE_REPLACED

She had her way with us for 20 years… 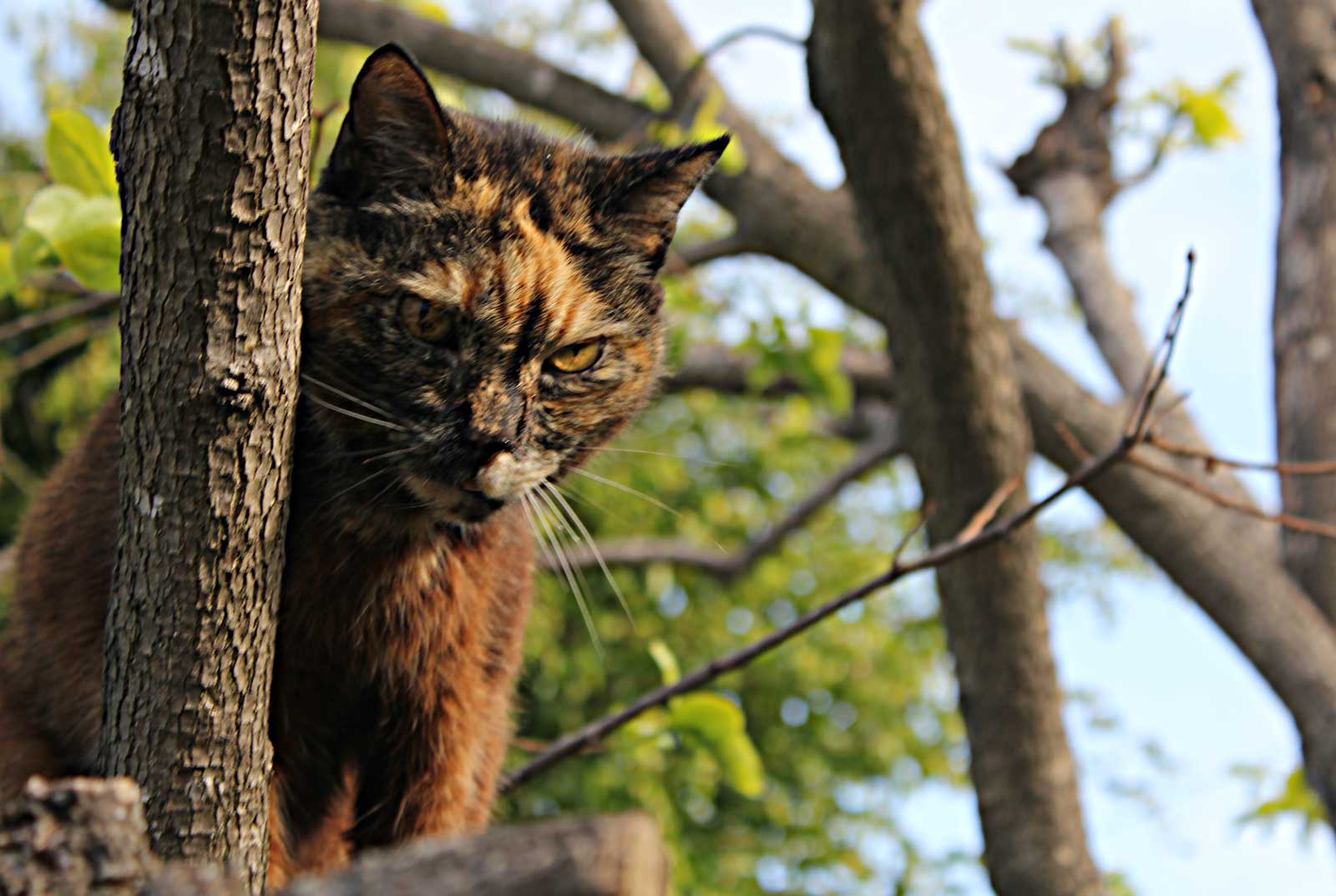 …and now she has left us behind, left our world. I can clearly remember the day she strolled into our lives, a skinny, hungry stray kitten, eyeing my yogurt. Barb and I had both grown up with dogs, and we were unsure about this little girl. We had just moved into the house, the first place we’d had together where we could get a dog, and here was this scruffy little thing, needy, persistent, too proud to beg.