The next President of the United States will be a Democrat. 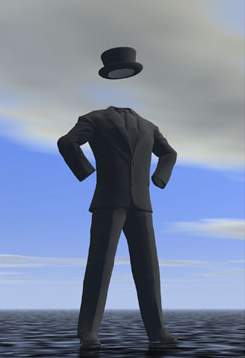 That much you can take to the bank. And because of the way things seem to be shaking out (before I learn the outcome of the New Hampshire primary), that Democrat will be either Barack Obama or Hillary Clinton. I wish it could be John Edwards, but the corporate media has circled their wagons around the other two, making Edwards the Invisible Man in this race. Obama and Clinton will certainly bring out the Democratic voters and win in November, but Edwards would get lower middle class Republican/populist voters and trounce whoever the unfortunate Republican candidate turns out to be. But John Edwards has been too outspoken about his intention to go after the greedy and overprivileged corporations who, among other things, own all the news media. So they are simply freezing him out, so he won’t be able to “get” them. Did anyone notice the lead story on the AP wire the day after the Iowa caucus? The headline was “Clinton and Obama – Study in Contrasts.” Even after Edwards beat Clinton, the story was about Clinton, not Edwards.

American journalism has a tradition of poking it’s nose where it is not wanted, finding out things that powerful entrenched interests are trying to keep hidden, dragging the stinking garbage out into the light of day and exposing the often creepy facts to the public. In the middle of the last century, when television became the primary source for news, the tradition continued, with guys like Edward R. Murrow and Walter Cronkite. But little by little the news divisions were overtaken by parent corporations and the entertainment departments, and in the Telecommunications Act of 1996 (signed by Bill Clinton, I’m sorry to say), the corporate power structure was given more or less free reign to take a stranglehold on all the most trusted sources of information in the country — the newspapers, the radio stations, the TV stations and the networks, and gradually these sources have been replaced by look-alike and sound-alike replicants whose purpose is not to give you the news, but to advance the corporate interest. Trouble is, most of us still think we’re getting the news. So if a candidate gets no coverage (Kucinich, Paul, Edwards…) it’s natural to think that candidate is of no consequence, so we ignore the candidate. It’s not a perfect self-fulfilling circle, but it’s close, and the result is that some worthy candidates are not even considered by the voters.

There’s no easy solution to this problem, because money (almost) always prevails, and bullies (almost) always win. As long as we fool ourselves into thinking that our traditional sources of news are, in fact, delivering the news and not some made-up, parallel universe, Matrix-like facsimile, we will remain mostly in the dark with little chance of catching a glimpse of what’s really happening. For those who care, there is real information out there, in independent weekly newspapers and on the internet. It’s not always pretty, and sometimes it challenges beloved and dearly held beliefs, but you can find it if you look.

If you don’t look now, you may never find it.

6 Replies to “All the News That Fibs”