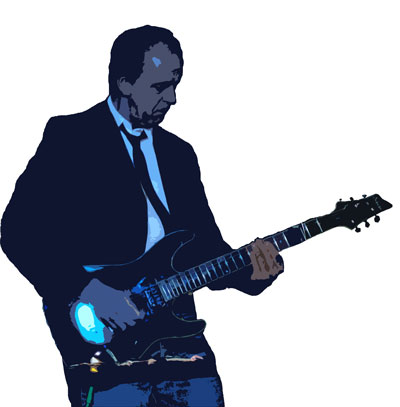 I seem to be healthy. I say “seem to be” because I don’t go to doctors unless I break a bone, which hasn’t happened in ten years, so I don’t have a professional evaluation of my health. I just know that a lot of my friends are sick or on medication or have had emergency surgery. I have aches and pains, but nothing compared to what my peers are going through.

I’ve complained a lot in this blog about my crummy job, and it is pretty crummy. But at least I have a job, and as annoying as it may be to get up and go make someone else rich five days a week, I’m really glad I’m not yet among the unemployed. I have a steady paycheck and a few side benefits at a time when most of the money in the United States is being reallocated to the extremely wealthy, the middle class is being converted into The Working Poor, and those working poor are becoming, simply, the poor. This hasn’t happened because I am a highly motivated self-starter: I understand it’s just luck. Because of the random way I have lived my life, I’ll probably need this job until about five years after my death. I know they’ll fire me before then, but for now — still got it.

My marriage has held up for nearly three decades. There’s been good times and bad, but we’ve gotten over. I have to say that it was me who caused the bad times and it was the patience and love and good humor of Mrs. Jones that got us through them. Once again, lucky: I had lots of chances to hook up with women who would have provided a lot more drama, and I might be on my fourth wife by now, or just a bitter bachelor. Instead, Mrs. J. and I found each other.

And even at my age, I get to play in a rock band! What I’m doing these days isn’t exactly the way I’d pictured my musical career ending, but still, there’s nothing quite like the exhilaration of playing rock’n’roll for a live audience, getting them on your side, moving them, and getting your rocks off at the same time. Even the rehearsals are uplifting. For example, I started today lethargic and with a nagging pain in my lower back, and after jamming for three hours I felt invigorated and ready for more. And that’s not to mention hauling a ton of equipment, setting it up, breaking it down and hauling it back again. It may be luck that I’m able to do this, that I have the ability to play my instrument and convince other guys to want to play with me. It may be luck, but I hope it’s more than that, that it’s related a little to my own hard work. But whatever — I still get to play in a rock band!

I’ll get back to the whining soon, of course. I just wanted to remind myself of these things.