Hooray, the recession is over! 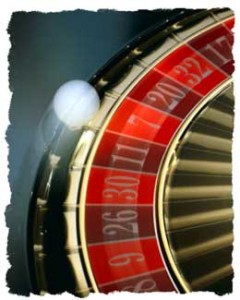 Bankers on Wall Street have come up with a plan to save us all. Er, save the economy. Or maybe they are just trying to save themselves, but hey, the important thing is that at least they trying to help. According to this New York Times article dated September 5, 2009, here’s what they’re doing:

They are going to buy life insurance policies for pennies on the dollar from old people who have fallen on hard times and need some cash. Then they are going to bundle a whole bunch of these policies together and sell them on the market as sure-fire securities. What could possibly go wrong?

Does this sound familiar? Remember securitized mortgages? We all know how well that went. Everything was triple-A rated, of course, and yet somehow only a few bankers and brokers survived, while everybody else lost their shirts.

Of course there is no regulation of this proposed market at this time, and by the time the SEC or whoever gets around to that, the market will be — say it with me — too big to fail, and we’ll just have to live with it, and then later bail it out. And can anyone guess how long it will be before armies of salesmen start calling grandpa to let him know what a great deal they have for him on his silly old life insurance policy? I’ll guess: five minutes.

But there might be room here for some regulatory action. After all, once Grandpa sells his life insurance, the investors have to start hoping he will die sooner rather than later, because as long as Gramps is still kicking they have to keep paying the premiums on the policy, and they don’t get to collect the payout. Naturally they’ll want the old guy to sign a promise to die as soon as possible. This is where the government could step in and insist on end-of-life counseling first. These would be Death Panels Republicans could believe in.

So there you have it. The next brilliant idea, brought to you by the folks who gave you credit default swaps, structured investment vehicles and collateralized debt obligations.

Step right up, katz and kittenz, and place your bets.

One Reply to “Chasing Bubbles”