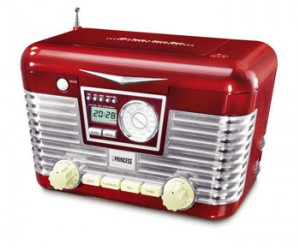 Top 40 radio. That’s what it used to be called. I’m not sure what they call it today, although I am pretty sure they don’t have 40 songs on the playlist.

See, I was reading the other morning in the Los Angeles Times about the competition between hit radio stations in LA — it seems the upstart Amp Radio (KAMP-FM) is giving the reigning champion (KIIS-FM) a run for the ratings money. Who cares, really, but the story made me start wondering just what it is the kids are dancing to these days, so in the car on the way to work I turned on KAMP-FM.

“…after party in the hotel lobby,
then we off to the room like vroom! put them fingers in your mouth uh open up your blouse and pull that g-string down south oooo!”

It’s actually quite infectious in a brain dead, purely physical sort of way. I turned the bass all the way up in my car, but I have a feeling the stock Honda sound system wasn’t designed for that kind of thing, and I didn’t get the full effect. Still, infectious.

I only listened to KAMP-FM for ten minutes, and that’s what I heard. Then on the way home from work, I turned it on again, and guess what was playing? That’s right, say it with me — “We at the hotel, motel, holiday inn…” True, it was nine hours later, but I’ll bet it was more than a coincidence. I’ll bet they play that song and about eight others every hour, all day, every day.

I am a musician, and I perform in public, but I have to tell you that I will not make myself ridiculous by trying to sing this song, or any of the stuff they are playing on the hit stations. I take seriously the obligation to be entertaining, but there have to be boundaries for a man of my age. I’m just exploring, like an explorer, the Indiana Jones of intergenerational musicology. You know, taking notes.

Then the other night I’m flipping through a range of seldom-viewed channels up in the four hundreds on my Verizon FIOS fiberoptic entertainment pipe and I come across a show called “Talk Asia,” or something like that, which has one gorgeous non-asian woman interviewing another gorgeous non-asian woman. I love women, I really do, I don’t care if they’re asian or not, they are all gorgeous to me, and so I watch for a few minutes and it turns out the intervieweeÂ is Lady Gaga, who looks like she is going to be the next Madonna. Researching this later I find this video on YouTube (WARNING: Banned in Australia!), and the very next time I turn on Amp Radio there she is! I have been listening to hit radio only a couple of days and already I know one of the big hit artists! I’m feeling so inside!

Anyway, if you’ve listened to “Hotel Room” you know pretty much what’s going on with the Top 40 these days. Gaga sings melodies and uses instruments and background singers, but 85 percent of the progamming sounds just like “Hotel Room.” To me.

One thing they are all doing, even Gaga, that they need to stop right away is using Auto-Tune on their voices. Auto-Tune is a digital technology that you can apply to audio. It detects the nearest “in tune” note to the one the singer is singing, and alters the singer’s pitch to match the “correct” pitch. If you think about it for a minute, you will see that while this could be a boon to a lot of vocalists, it also has the potential to take away all the nuance and character from a performance. Singers through the decades, from Billie Holliday to Mick Jagger to Bono do not necessarily nail all the notes, and in fact it is the “wrong” notes they sing that often give their performances their warmth, humanity, style, soul — whatever you choose to call it.

Auto-Tune could take that magic away, and that’s if you use it sparingly. That would be bad enough, but if you turn it up to extreme settings, it changes your voice to this. This seems to have started in 1998 with Cher’s huge hit “Believe.” OK, fine, it was a cool effect, but enough! Naturally, everybody on Amp Radio (and probably KIIS-FM, too) is overusing Auto-Tune, and the result is that all the singers kind of sound like the same singer. Also, the robot-voice thing gets old and irritating pretty quick, so knock it off. No, really.

I’m definitely going to try it the next time I get near a microphone, though.