I didn’t know when I wrote the previous post that I would be fired just three weeks later.

I’d been working at the same place for 19 years, and it ended in a heartbeat. The business was the sale and service of new automobiles, mostly to individuals who didn’t need them or couldn’t afford them. About half way through my time there, the company was acquired by an out of state corporation, newly created for the express purpose of owning several hundred companies like the one I worked at. Since that acquisition, the new parent company (known on this blog as “HugeCorp”) has been calling the shots, growing more and more intrusive as the years passed, despite having no institutional knowledge of the industry it had bought its way into. 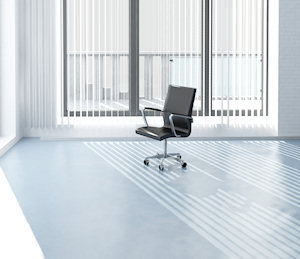 After the acquisition, for me, the biggest change was that I was no longer working for people I knew face to face. They were still there, but they were no longer in charge. We were all drones together, management was thousands of miles away, and the goal of HugeCorp was, plain and simple, to increase its stock value. Nothing was more important.

In late 2008, with the U.S. and world economy in a swoon, HugeCorp began laying off workers, a devastating process that struck like an epidemic of malaria. I had been thinking the epidemic was over, but evidently it is still going on. I have the pink slip to prove it. According to the general manager (the seventh one since HugeCorp took over) they had decided to eliminate my position. Naturally, he told me it was not his decision and he felt terrible about it.

That was on a Thursday afternoon. I started cleaning out my office. I kept the news to myself, but apparently the general manager put the word out, because throughout the day, as I tried to tie up all the loose ends that can accumulate in 19 years, coworkers kept calling and coming in and saying how shocked they were. I told all my colleagues I would be fine, although I really didn’t know if that were true. I warned the management types not to call me if they needed my help, unless they were ready to pay me. I said it with a smile, but they knew I meant it. None of them have the authority to authorize paying me, anyway, but I was going to charge them a lot.

I left there for the last time the next day, feeling strangely numb about the whole thing.

To put it mildly, I didn’t like my job. I didn’t like the bureaucracy, the stupid rules and the feeling that I had become a replaceable cog in a giant machine. I signed up to work at a place with a hundred employees, and by the time I left there were over 20,000 of us. The cog syndrome must have been rampant.

No question the operation was “well run.” Everything that happened was measured in terms of the bottom line. Productivity was improved, by firing many employees and shifting their work to those left behind. Those remaining workers didn’t get any more money for doing all the extra work, and it was understood that asking for more money was fruitless at best, dangerous at worst. Periodically another “expendable” employee was cut loose for no apparent reason, adding to the sense of dread.

I felt tainted by the casual cruelty, and guilty like a plane crash survivor who has lived while others died. I should have quit ten years earlier when I started to feel dirty, but I needed the money and the medical insurance. As for the sleazy business we were involved in, I tried to be in it, but not of it. I don’t know if I succeeded at that.

I don’t have to worry about it any more. My issues now involve survival and self image. I am not well prepared. Will anyone hire a cranky old dude like me? Will my money last until then, or until I die? If I accept unemployment benefits am I then a member of the “moocher class?” Is there an honest, decent way to earn enough to take care of myself and my wife?

My new job is finding answers. I have no experience. I hope I can figure things out.