It was a nice, big stage. 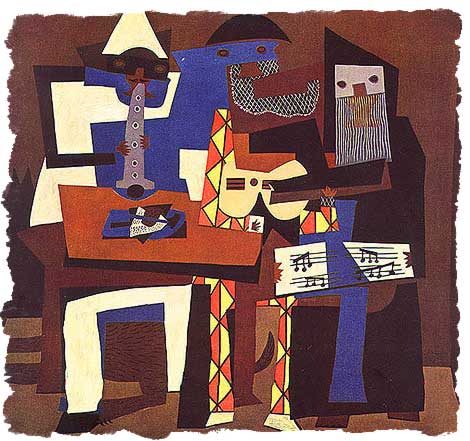 When I was young, trying to make a career of music, I rarely got to play on such a big stage, for such a large crowd. Often I found myself on cramped little bandstands like the narrow little strip of wood at The Flying Jib in Redondo Beach, where I was playing hard rock for two weeks and standing so close to the crash cymbal that a whole range of high frequencies were permanently canceled from my right ear. On the other hand, that’s where I met Diane. But I’ll tell that another time.

Now I was standing with my four-piece band on a stage big enough for a medium-sized orchestra, letting Kevin the sound guy make a few last-minute adjustments, and looking out over an audience of maybe a hundred music lovers, most of whom had arrived in the last fifteen minutes. I was hoping they were music lovers.

It’s hard to explain why I started this band. I quit the business in the mid-eighties, because I needed money and I needed to get away from the near occasion of sin. I was deep in the hole to several banks and the IRS, and I was a bad, bad boy, another story for another time. I had produced a five-year succession of high-quality products, I was working with the best musicians, drinking Stoli by the quart and taking the best drugs. I felt like a rock star. I was this close.

But I didn’t know how to sell it, and I was too selfish to let anyone else sell it for me. In the end I was addicted, depressed, frustrated, angry. I walked away from the whole thing. What the hell, I thought. I can do it all again when I feel like it. Turns out I didn’t feel like it for a long time, and when I woke up, clean and refreshed, the train was gone.

I lived without it for years. I discovered I was married. I had responsibilities. I got a job. I used to call them “day jobs,” but this one went on and on, day and night, night and day. I was wearing neckties, commuting, taking vacations, buying life insurance. In some ways I was back from the dead. In other ways I was dead.

After maybe ten years I started to throw a big party every year, inviting a lot of musicians to come and jam with me. It was a huge thrill for me. I’d re-string the Strat, stock in a lot of beer and burgers and we’d party all night. It would take days to recover from these, and then I’d be a drone again for another year.

One day I found myself shopping for a new guitar. I don’t remember how it started, but I just felt like I needed a new guitar, even though I was hardly playing at all. Once I found the Blackjack and fell in love again, I wondered if a new amp would help the sound any. You can read that story if you click on the link, but let’s just say I ended up with a new guitar amp, and after that I had to find some guys to play with, because, well, that’s what you do with a new electric guitar and amplifier.

I didn’t give the process a lot of thought as I was doing it: re-equipping myself, getting back in practice, finding some players to work with, booking time at rehearsal studios, making an audition CD and finally landing on this stage, looking into the lights, listening to the room hum. But when I think about it now and try to explain it to myself, what I think is that I just didn’t want to die as a drone. I’m not that dour nine-to-five guy shuffling papers. I’ve done it for a long time, but it’s not really me at that desk. I’m an artist. I’m a happy goofball who loves making noise, who’s been there, done that, and wants to share the joy.

Playing rock’n’roll for people is a major rush. Those who think it’s maybe not quite as exciting as skydiving — you should have been there Wednesday night. At ten after eight (I’m always late) I went up to my microphone. My heart was beating very hard and fast. I thought the thumping might be visible through my shirt. The audience seemed to have doubled in size, but I’m sure that was just my imagination. I said “Hi everybody,” and they said “hi” back. I told them the name of the band. I thanked them for coming to hear us.

Then for two hours we played loud and nasty, soft and sweet. It took only seconds for my butterflies to go away. I was proud of the band. They were just tight enough, just raw enough. Here was all the stuff we’d been working on, coming out as we’d hoped, song after song, rockin’ the house. It might be a stretch to call it a triumph — that’ll happen some other time.

But we owned that room and that crowd for those two hours, and for now, I’ll take that.