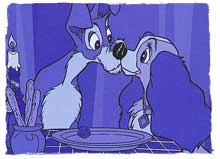 They decided they liked the look of the chapel on Broadway.

They had scouted around the town for several months, no hurry, no plans, just looking, wherever they happened to be. Neither of them were particularly religious, but they wanted to have the ceremony — if indeed they were even going to have a ceremony — in a church, just for the tradition of it. They had peeked in the windows of various quaint and magnificent churches, but until now, nothing was working for them. This place on Broadway just felt right somehow, not Catholic or Lutheran or Baptist or any of the major superstitions. A non-sectarian church on a busy downtown street, not a storefront bible-studying kind of place, but a solid old building with a steeple, definitely built as a church, made out of stone, no less, as if somehow it had been transported whole from some New England village.

Once the place was picked it was a matter of time. When they could get time off their jobs, mainly. When they could get the legal documents taken care of. A few guests would be mandatory, so that would have to be timed as well. But there were no big plans, as there often are for these kinds of events. They didn’t want anyone to make a big deal out of it. They were young, but too old for an official Big Deal, or maybe they thought it might not work out, and they’d be embarrassed later about all the hoopla.

When the day finally came, neither of them knew it for sure until the night before. They were that tentative, leaving each other every chance to back out, until there was no time left, a Best Man had been drafted, and a Maid of Honor, and the few mandatory guests had been notified.

In the days before, the girl had decided that she needed a hat, one just for the occasion, one that would never be worn again. So she and a girlfriend had gone shopping. Then there was something borrowed, something blue, and in the magical way that women have, the girl got herself ready.

Even though it was only the first week in March, Spring was in the air, and the boy decided to wear his white linen suit, but with a festive new necktie, light blue polyester with little strawberries on it. A silk tie would have blown the honeymoon budget.

They drove to the chapel together, in the little car they had bought together just a couple of months earlier. It wasn’t until they were on the way that they realized that the bride had no flowers. They laughed and laughed at their foolishness, but they stopped at a flower shop along the way, where they got a great deal on a bouquet that another bride had ordered, but had never come to claim. Seeing this young couple in love, the lady at the counter found herself in the mood to make someone happy, and they ended up with an armload of some other bride’s flowers.

And then, in the stone chapel with the incongruous New England steeple, the boy and the girl stood before their friends and family and said the ancient words, made the ancient promises. Good times, bad times, ready or not, here we come…

Their little, almost impromptu, ceremony was exactly twenty-five years ago today. The few guests wished them well, but nobody gave the marriage much of a chance. Maybe it was good that there was no hoopla.

When they got in the little car and headed up the coast that bright winter morning, they were starting a long ride. To their surprise and delight, the ride still isn’t over. It’s been bumpy at times, and they are still not sure where they are going, but I guess that doesn’t matter all that much. It’s the journey that matters.

To my beautiful, smart, funny, sexy wife: I love you.