It’s kind of repulsive to watch all the maneuvering.

Since the gun attack this past weekend in Tucson, politicians and talking heads of all persuasions have been trying to show how far above the fray they are, dancing near the line of decency and occasionally sticking a toe over it, pulling back quickly. 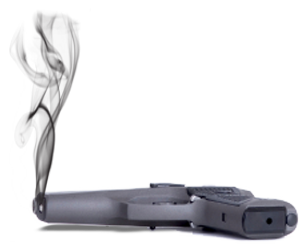 Tonight the President spoke at the memorial rally service and said we should learn from this shocking event to be more civil to one another, and the crowd cheered mourners nodded agreement. Nice try, Mr. President.

Of course, after a few days we’ll stop being more civil. Most of the public figures who have spoken or written publicly about the incident are already spinning their remarks one way or the other: Democrats say the radical right has created an atmosphere in which people think it’s OK to shoot people with whom they don’t agree. Republicans are defensive about being unfairly attacked from the left. Embracing both sides, the gun lobby has restated its opinion that if everybody carried guns this could have been avoided.

The polite masks are already cracking and if history is a guide we will soon be at each others throats again. We will not be able to control our emotions, nor will our politicians be able to control the gun lovers. We will forget this latest bloody rampage, as we have forgotten all the ones that came before it.

And then, once we have settled back into our regular patterns of intolerance, it will happen again.

7 Replies to “Mere anarchy is loosed upon the world”