A happy, rockin’ Solstice season to all! 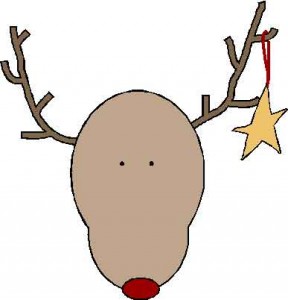 I love this time of year. I like the short days, the long shadows, the cold weather (I know, I know, you people in Minnesota could tell me a thing or two about cold weather). I love the way my neighbors put lights all over their houses and yards, and the way the hardest hearts soften just a little. Even my own heart beats more warmly for this cold, cold world.

To celebrate I have recorded a holiday rock’n’roll song, my third such effort in three years. I should have my Christmas album finished in time for the 2019 holiday season, so stay tuned for that.

The other day I heard a segment on NPR about Senator Orrin Hatch’s Chanukah song, and when the question arose Why were there not more Chanukah songs? the answer was that all the Jewish songwriters were probably too busy writing Christmas songs.

This was exactly what Johnny Marks was doing. He was a Jewish songwriter who wrote a ton of Christmas songs, including “Rockin’ Around the Christmas Tree, ” “I Heard the Bells on Christmas Day,” and the awful “Have a Holly Jolly Christmas,” currently in heavy and sickening rotation on KOST-103.5 in Los Angeles.

But he totally redeemed himself by creating this gem for Chuck Berry, which is not only a Christmas song by a guy who should have taken more time out to write a few Chanukah songs, but sounds so much like a song that Chuck himself would write that even I was fooled until I looked it up. I now present my version of “Run, Rudolph, Run.”

It’s an ambitious project. My ambition was to get it posted here before Blue Girl and Neddie Jingo post their annual Christmas collaboration, which, if this were a competition, they might win, but they won’t, because it’s not, and I’m not competing. (I don’t know about them, though.) If you notice any shortcomings in the playing or singing, you can put it down to me trying to get finished in time to beat them to the internet. [UPDATE: BG & NJ finally posted their Christmas song, and the links above now point directly to it.] I did play and sing all the parts, except the drums, which I programmed, and the bass, which was played by the great Don Wittsten. Thanks, Don!


Just press “play,” and have a rockin’ holiday.
Share this: