First, I got my memory stick back.

Then, Congress passed health insurance reform legislation. So, not a bad week.

I don’t like the law they passed, even with the “fixes.” It’s not really healthcare reform. It’s insurance reform, and even at that it doesn’t go far enough for me. They started with the premise that the insurance companies’ role in healthcare was critical and sacrosanct, when they should have begun by questioning the very roots of the system. Why, they might have asked, should we perpetuate a system in which the insurance companies skim off at least 30% of the money spent on healthcare and use it for everything but healthcare? 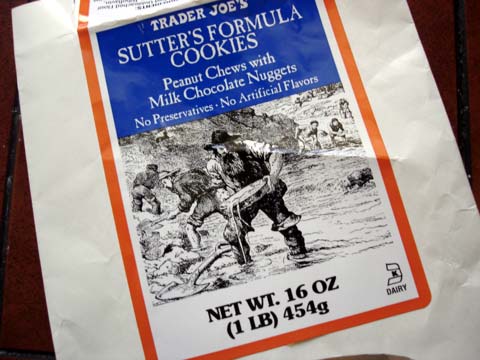 But whatever — I’m not going to get into it. It’s been predicted, and I agree, that people are going to like this legislation and that there will be improvements to it in the years ahead. I really believe it would have been vastly better to implement a government-run single payer system. Yes, it would have been socialistic, but I’m a socialistic kind of guy. I don’t see why anyone should have 50 billion dollars while others are hungry, homeless and sick. A single payer system would have done a lot to right this wrong, but we have allowed the insurance companies to get too big and rich and powerful, and what we have seen in the past year has been dramatic proof that they will have their way no matter what the people want, no matter how intelligent and compassionate the President and no matter what makes sense. I will deal with them, since it looks as if I must.

In other news, I have survived another round of firings at work. Living inside the beast, as it were, I didn’t see the pattern until the past couple of months: Ever since HugeCorp acquired our little company they have been firing people almost continuously. The Depression that began in 2008 was an excuse to accelerate the job cuts, but in reality the job cutting began only shortly after the takeover, and continues today, despite frequent media pronouncements that the depression has struck bottom and things are getting better.

Better for whom, I wonder?

Back in 2008, everyone in my office — except me — was fired or moved to a nearby city. where they were assigned roughly triple the workload. After doing that for a year and a half, they now find that HugeCorp is closing that office, too, only this time no one is getting moved. They’re just being fired, and a new, mostly automated office is being opened. In another state. In another time zone.

The rumors about this began flying six weeks ago, and I of course assumed that I’d be getting the axe for sure this time. Training sessions that should have involved me took place, but I wasn’t invited. As the administrator of a certain network system, I was asked to create a new user — a new user with my exact job title. A fellow worker bee told me on phone that she’d been told not to “get too attached to me.”

What other conclusion could I have drawn?

I was actually starting to look forward to it. I put a CD in my work computer that would, on a simple command from me, erase everything. I started to put my personal office supplies in one place, the better to gather them up with minimum fuss when the day came. I was extra nice to my friends around the workplace, extra nasty to the assholes. What was the point of being political if the decision was already made?

Then last Monday I was called into the executive office.

There was no drama. The guy I spoke to — nominally my boss, although I have seniority on him in every conceivable category — had no idea about the rumors. I already “knew” everything he told me, except the part about my new duties. New duties because the corporate changes were going to relieve me of many of my old duties, but I still had the privilege of continuing to work there. Just when I was making plans to clean out the garage once and for all, write and record more songs, start running again, spend more time making sweet, sweet love, and updating this blog.

It was a blessing and a bummer.

I’ve been circling around my new duties this week, trying to figure out efficient ways to make it appear as if I am getting them done, but they are essentially accounting functions, which means they will be checked and audited by various detail-oriented bean-counters at several different locations within HugeCorp, so I may have to actually do some work. At this stage in my career, and considering my bad attitude about HugeCorp, this will be a challenge for me.

So I took a break and went to Trader Joe’s a half-mile down the street to get a bag of Sutter’s Formula cookies. These are soft, slightly chewy peanut butter cookies with tons of chocolate chips. Why put chocolate chips in a cookie unless you are going to put tons of them in, right? These cookies are truly of the devil. The combination of sugar, peanuts, chocolate, gluten and white flour will kill a lesser being, and you will soon pay for your pleasure, because you will arrive at the gates of hell fat and with a serious headache, which can only be cured by more Sutter’s Formula cookies, but they don’t have them in hell, bwah-ha-ha-ha-ha. However, the moments of ecstasy as you bite into each cookie will make you forget your crummy job for a while, and your “new duties” will seem unimportant, if only briefly, so, totally worth it.

I was at the counter at T.J.’s paying for my guilty pleasure (in cash, so there would be no record of the transaction), and I pulled out all my change and spread it on the counter, the better to extract the precise amount required, and I looked down at the pile, and this is what I saw: Some change, of course, and also a tiny little pocket knife, a couple of guitar picks, a nail clipper, and my new memory stick, which I bought to replace my lost one. It turned out I didn’t have the correct change, so I scraped the whole pile off into my hand and dropped it back in my pocket, and it was at this point that the lightbulb over my head blinked on.

When I had completed my unholy bargain, I picked up my cookies and strolled over to the “office” to talk to the “manager.” At T.J.’s they don’t have a reagular office where the big shots hide. They just have another counter, a little higher than the ones at the checkstands, but otherwise unassuming. And as for managers, everybody wears the same casual T-shirts there, so it’s hard to tell who is a big shot anyway. Come to think of it, maybe I’ll apply for a job there once I get fired for real.

I asked the friendly-looking guy at the big counter if they had a lost and found, and as I was describing my lost memory stick to him and explaining that I may have left it on one of the checkstand counters a week or so earlier he pulled out a small cardboard box containing several keyrings, a couple of pairs of sunglasses, a small notebook, a bunch of bank cards, and my memory stick!!

“That’s it!” I almost shouted, and I could see in his eyes a split second of indecision: How could he be sure the thing was really mine? I was fully prepared to tell him exactly what he would find on the stick if he inserted it into the nearest USB port, but, in the great tradition of Trader Joe’s, he quickly sized me up and decided I was trustworthy. Besides, he was probably prohibited by corporate policy from sticking anything into company USB ports, because of viruses and possible pornography, so he just handed it over.