I don’t want to be sucked into an endless war. 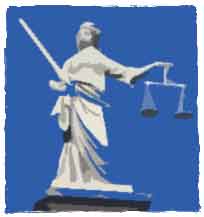 I’m referring to the social and political divide in the United States that seems to be getting wider every year, and its’ participants – you and me – ever more strident and intolerant. I’m old, and I don’t want to have to fight again for the rights and freedoms that I thought we had won: education, opportunity, privacy.

I don’t want to fight, but I am cornered.

As I wrote yesterday, the Supreme Court has shifted far to the right, and is getting ready to have another look at law which they have already declared unconstitutional by a one-vote majority. The factors are:

We have to hope that the lawyers arguing in favor of a woman’s right to choose what she does with her own reproductive system are smart, dedicated, well-researched and lucky. Even then we must face the reality that this Court has been stacked specifically to take away this hard-won right, the right to a safe abortion if that is your choice. My opinion is that this process will begin now.

The court is primed to say that abortion is illegal, but the upcoming decision won’t be the last word. It will only be one of many skirmishes that have been fought over this turf in recent years. The case the Court has decided to hear affects only a small percentage of medical situations that might involve abortion, so it will not be the end of the war.

But it will be a chip taken out of our rights, and the forces that support this move will then go on to the next level, and the next, until they have returned this country to the barbarian days of back-alley coat-hanger abortions and government intrusion into the most private areas of our lives.

Or until they are stopped.

Most opponents of abortion rights are sincere, and I respect them for acting on their beliefs, working for decades and electing guys like Bush, who has appointed guys like Roberts and Alito, who have passed the right-wing abortion litmus test. I respect them, but I have to oppose them.

I’m not sure if anything can be done about the case in question. We closed our eyes for a moments’ rest, and when we woke up, Howdy Doody was president and the Supreme Court was packed. Our bad.

The Court will do what it wants this time, but let’s get started now reversing the drift to the right that has led to this state of affairs. Letters to your elected representatives in Washington are helpful in the long run, even if they don’t seem to have any effect today or tomorrow.

And we have to be thinking about the long run. Today, for example, the state of South Dakota passed a law effectively banning all abortions. This law will be fought all the way to the Supreme Court. It will take years, but when it gets there, don’t you want everyone in Washington to know unequivocally where you stand? Do you want to take the chance that Bush (or someone like him) will have appointed another right-wing fundamental idealogue to the Court?

The majority of Americans favor a woman’s right to choose, and lawmakers need to hear this, so they will know how we want them to vote on future laws that are proposed, so they will stand up and support moderate court appointees and so they will propose legislation that protects our precious rights. Right now all they are hearing is the anti- point of view.

This is not just about abortion. Women and men struggled through much of the twentieth century to achieve a just level of personal privacy and freedom. The tolerance expressed in the 1973 landmark Roe v. Wade decision came about as a result of the battle for those rights and freedoms. Now those rights and freedoms are threatened again. We must read, learn, educate, demonstrate, donate and agitate to create an environment in which no president, no legislator, and no judge will ever again be able to consider revoking them.