I’ve been working on a big. long-winded political post for the past few days, 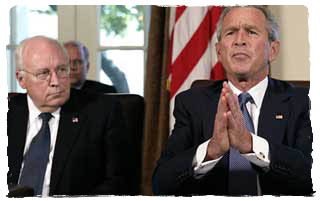 but after a while I realized it was all about me, which is not what I intended. I’ll finish it and put it here soon, but not today. Here’s what I want to say:

You can make a difference in our government. For half of American voters (and who knows how many non-voters?) it feels like the country has been stolen away, and there’s nothing we can do. I won’t take the time now to go through the litany of abuses we have been subjected to by the Rove/Cheney/Bush Administration. If you’re reading this you probably have your own list anyway.

But the government doesn’t respond to us, and many, myself included, have halfway given up. I just want to say that not one of us is going to change things, but all of us together can make a difference.

When the people took to the streets in the 1960’s and 70’s, we didn’t change things. We didn’t depose two presidents and bring an end to the insane and pointless war in Vietnam.

What we did was set the stage for those things to happen. We created a climate in which Senators Eugene McCarthy and George McGovern could say “Damn! There’s a constituency there! Maybe I’ll run for president on an anti-war platform!” We let Congress know that if they investigated the corruption and the crimes of President Nixon, there were millions who would back them. We gave them cover to be brave. It may have been only for a few months, but it was long enough to throw a criminal out of the White House.

Well, there’s another criminal there now, and there is very little political will to do anything about it. The Right has been effective at shutting us up, but they have never had much of a majority among the people of this country. Likely they are not in the majority at all.

There is no reason for us to remain silent any longer while our rights are taken away, our country becomes the most hated in the world and Big Oil runs the government. The Republican electoral “victories,” if you want to call them that, were on razor-thin margins. Decent people everywhere are tired of the smell coming from Washington. The administration’s poll numbers are the worst they have ever been. In an election held today they would be swept from office in a landslide.

There are State of the Union demonstrations tonight in cities around the world. Go to one if you can, and make some noise. The Democrats in Congress need your strength. They need to know that you want them to act. Their performance against the Alito nomination sucked, because they were afraid to be bold. Write to them and let them know you support vigorous action to take back the country, that they will not be punished for taking bold steps. Let them know that there is a constituency for honesty, integrity and action!

As I have said before, we will not be able to throw Bush out of the White House. That doesn’t matter. We have the opportunity to clip his wings and expose him as the useless and venal sack of doodoo that he has always been, rendering him powerless for the remainder of his term. If the Democrats make gains in the November elections this year we can start to reverse the right-wing trend that we have allowed to take place, while we watched silently, in ever-increasing shock. If we loudly let the Democrats know that we are there for them, that we are the majority, that we will not sit still for any more of the same, we can get this country turned right-side up again.

10 Replies to “To The Streets”