It should be noted that Donald Trump ran for president as a fascist and won.

So it looks as if half the country is fascist, although most of them would scream if someone called them that. Jailing opponents, rounding up undesirables, silencing journalists, torturing prisoners — these were all part of his campaign. These are the things 50 million voters want him to do. Can anyone stop him? We’d better hope. 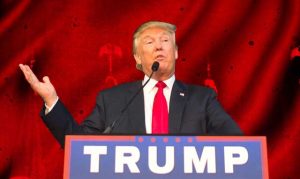