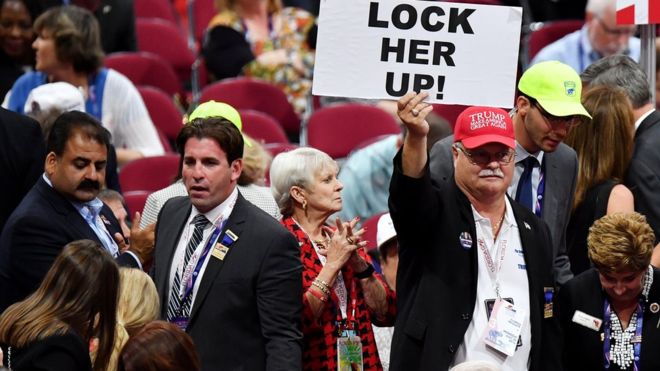 I have a sense that many Trump supporters think they are playing a game.

A lot of them had no idea what the issues were in the campaign, because their candidate didn’t really talk about them except in vague, tough-guy terms. It was, after all, a game. Now that their guy has won, they are jeering at the losers like any bleacher gang full of sore winners, trying to humiliate or anger us, while they hide behind U.S. government protection.

I hadn’t really thought much about Hillary Clinton being prosecuted for her many imagined crimes, but now I wonder if Attorney General Giuliani (or Christie) will actually file some charges. The new president doesn’t have a history of taking his promises seriously, so I kind of think not. The threat has served its purpose, and they don’t really have a case anyway, so why go to all that trouble? Trump’s base will move on to the next performance, whatever that may be. Some of them will be angry, because they were dead serious when they chanted “Lock her up!” But most of them will let it slide, and Mrs. Clinton will remain free.