Can I get a little sympathy here?

I am the oldest of five kids in my family. As if that in itself isn’t burden enough, I was born at the end of October (no, not this past October), or about six weeks after school started. By the time I was four years old, I had a sister and a brother and another baby sister. It was a Catholic family, OK? My parents probably felt bad because they only had four kids in four years. (Another would arrive soon, but that’s a different story.) 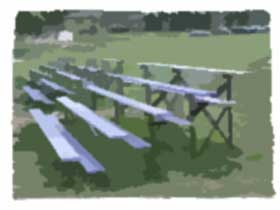 So I was four, but because I would be turning five in a month and a half, my parents were given the choice of starting me in kindergarten at that tender age, or waiting until the following year, when I would be better prepared emotionally and physically to take on the rigors of kindergarten. Blitzed as they were by their self-created deluge of babies, what they decided was “Let’s get this one out of the house as soon as possible.” They probably would have let me get my own apartment if I’d wanted to, as long as they had one less toddler to worry about for a few hours a day. As it turns out, this was a bad decision.

I was not a big kid to begin with. And because of the bum’s rush my parents gave me out of the house at the age of four, all the other kids were older than me, anywhere from a few months to almost a whole year. A whole year! The fact that I was a genius would not come into play until late in high school. What matters to kids is self defense, and everybody, girls included, was bigger than me. So I was in the hole from day one. I just wasn’t big enough to compete in the vicious world of little kids. Throughout my formative years I was surrounded by peers who were a year older, a year bigger, a year stronger than me. We’re all grownups now and we can laugh at our childhood trials and frustrations, right? But when you’re in Little League in fourth grade and you’re throwing like a third-grader, you’ve got a world of hurt, let me tell you.

Of course, at the time I didn’t know why all the guys were studlier than me, or why all the girls seemed more interested in all the guys except me. I figured this out much later. The light started to dawn when I got cut from the baseball team in eighth grade. Actually, I didn’t get cut so much as told not to try out. By the coach. I’m sure he said something along the lines of “The roster is already set – we just don’t need any more players. Try out next year, why dontcha?” But since the school only went up to eighth grade, I figured he was blowing me off.

A guy’s got to have some way to salvage a little dignity in a situation like that, and so I came up with the theory that all the other eighth-grade boys were older than me, and thus bigger and stronger than me, and naturally it would be unfair for me even to try to compete with them. Someone might get hurt, and of course that would be me. Over the next several years I honed this excellent excuse, sharpening it to a razor’s edge, but that’s as far as my rationale went at the time, and actually, I started to feel pretty good about not playing baseball, especially when I discovered that Cathy Dinwiddie was not much into sports.

Cathy was Jay Hardin’s girlfriend. Jay happened to be the varsity quarterback, the center on the basketball team and the starting and only pitcher for the baseball team. He was tall for eighth grade – his parents had probably held him out of kindergarten until he was six – and even among the guys who had made the team he looked like an adult. I seem to remember that he had a five o’clock shadow at some of the games, but that could just be my mind playing tricks on me.

Cathy Dinwiddie was one of the smart ones, and this would be the last year that you could be smart and popular, which she was. She was slightly chunky, but at that age you could call it baby fat, and sometime during the school year the equipment had started to arrive. By baseball season it was in obvious evidence. When I picture her standing near the bleachers on the baseball field, pink-cheeked and vaguely blonde, in her plaid pleated skirt, white cotton blouse straining a little at the second button, little blue cardigan and those black-and-white oxfords with the knee socks over her plump, ripe calves… OK, you have to remember I was in eighth grade, people, and so was she.

I was bitter about not making the team, and Cathy was completely bored at the games, and during one seventh inning stretch on a blustery afternoon in April we discovered that we had something in common: we were both cold. In fact, Cathy was literally shivering. In the spirit of chivalry, I contrived to get her wrapped up in my arms and soon we were generating all the heat we needed, right there in the bleachers.

After a while Cathy said she’d like to walk back to the school, a couple of hundred yards away, and get her jacket from her locker. The bad news for me was that she’d no longer be “cold.” The good news was that I could walk her back to her locker, which seemed like a good idea since Jay had begun glaring at me between pitches, and he already had the first two batters out. Or maybe he’d just been looking in for a sign from the catcher. Considering what I ws doing with his girlfriend, I thought a walk to the school – before the inning was over – would be best.

I had no intention of returning to the game, and as it turned out, neither did Cathy Dinwiddie. We strolled back to her locker, and we held hands, and the wind died down a little and everything I said made her laugh, and her green eyes sparkled and the animals came out from their hiding places in the woods and gazed fondly at us, two beautiful young lovers in Catholic school uniforms who had somehow found each other, against all odds, through the crush of humanity, and we were still laughing and talking and touching when her father came to pick her up and he took me home, too, so I got to sit real close to her in the front seat for another fifteen minutes before they dropped me off and the green-eyed look she gave me as I stood outside the passenger window of her father’s car gave me a hardon that lasted all the way until my mom called us to supper.

Cathy went back with Jay the next day at school, which is the way it had to be. By morning I was worried that I might have to fight big Jay Hardin, but when the school bus let me off they were already sitting together in their usual places in the classroom, and it looked to me as if nothing at all had changed. When Cathy saw me, she stared at me for a few seconds, longer than she ever had before, and I thought she was going to say hello or something.

But Jay was making farting noises with his hand in his armpit, a bunch of his friends were snickering, and she finally turned back to him, and when she laughed it sounded completely genuine.