People are standing in line to vote in Los Angeles. 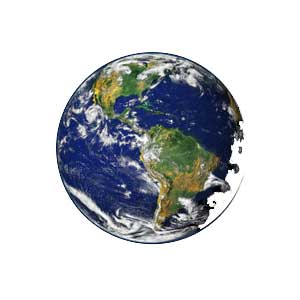 Here in the most nonchalant of states, there is a sense of history in the air, and the coolest kids in school are doing their dorky civic duty. Never mind that California is the bluest of the blue states, the House of Blues, and the presidential outcome here is foregone. People want to be counted.

The place where I work is a polling place, and I have seen three presidential elections here, not counting this one, and numerous state, local and congressionals, and I have never seen crowds like this. When I arrived today there was a line out the door and across the parking lot. One of the poll workers told me that there was already a line when they arrived to set up for the 8:00 AM opening. The polling area remains busy still, in midafternoon.

I’ve received calls from friends around town, reporting the same thing everywhere. On the news they’ve been talking about a record turnout, 130 million voters nationwide, but I didn’t really consider what that would look like on the ground. What it looks like is little “D” democracy.

I’ll be excercising my California right to take time off to vote by leaving here an hour early. I wouldn’t do it except that I have it on good authority that my own polling place has been swamped with voters most of the day already.

I harbor no illusions. This is a historic moment. This election, and the man we are electing, will change this nation forever. At the same time, we face greater challenges than ever before, both as a nation and as a world. After this long, strange, hopeful campaign it feels as if we are at the end of something, and we can finally exhale.

But we’re really at a new beginning. There is a lot of work to do. The problems we all face — the financial collapse, climate change, tribal hatred and war around the world — are bigger than at any time in my life, and make no mistake: we all face them, and there can be no solutions without the work, sacrifice and cooperation of every one of us, regardless of how we vote today.

So please pardon me now, as I go get in line myself. I’ll see you on the other side, and we’ll push on together.

UPDATE, the morning after: Obama’s acceptance speech — It’s almost too much. I feel as if I have been eating nothing but sticks and dirt for eight years, and I have suddenly been given a spoonful of pure maple syrup. (McCain’s speech wasn’t bad, either.)