I’ve been posting in this space for four years now. 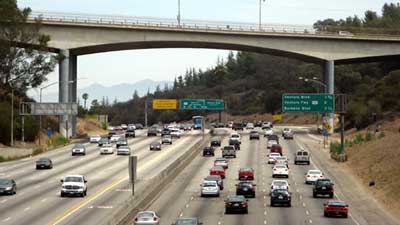 Sometime last month was the anniversary. I meant to make a big deal of it, but, like all the other years, I forgot. I suppose it’s actually not such a big deal, anyway.

I must be a lonely guy, to do this blogging thing. I mean, I don’t have a lot to say of great import, and I can’t scoop the real news organizations or even the Big Blogs, so in the end the whole endeavor is inconsequential, and what the heck am I doing? I started out just hoping to hook up — virtually — with people I didn’t already know. That part has worked out pretty well, and I’m grateful to the Precious Few who are my bloggin’ buddies. I read your blogs more than I write my own. I know you think I don’t, because your hit trackers aren’t tracking me, but that’s because I read your RSS feeds instead of logging on to your actual blogs. That way I get all of you in the same place, and it’s more like a party.

When I started, it was just weeks before the 2004 presidential election. Holy shit, did that turn out badly! I thought the aberration of George Bush in the White House would end that year, now that people had a chance to see what a dimwit he is. I won’t comment here on the technical validity of that election, but because of what transpired, the life of revision99 closely tracks Bush’s second term.

Thank God that’s almost over now, and let’s hope I’ll be able to continue writing here without paying so much attention to politics (or politix, as it’s categorized in my sidebar).

I think of a lot of things I’d like to write about here, but I can’t seem to get up the energy to do it. If you could all just come and sit in my kitchen I could tell you my thoughts as they occur, without having to get them organized and spell everything correctly. I could also interrupt you when you object to some faulty logic in my rant. That way I wouldn’t have to do any fact checking before I post. Let me know when you want to stop by, and who takes cream or sugar.

Seriously, I want to post less political stuff and more personal stuff, and I want to try to express true, honest thoughts, the better to look back some day and see what I was thinking when I was a young impetuous blogger. I’ll have to walk a careful line, because I know there are some readers who know me in meatspace, and I don’t want to alarm or offend anyone. I probably should have remained totally anonymous right from the start, but I guess it’s too late for that now.

Unless I start a new, totally anonymous blog someplace else. That would free me to be more honest about things, but at the cost of losing all my current bloggin’ buddies. Let me think about that.

I guess the thing that has depressed me the most about my blog has been the gradual realization that I’m not much of a writer. Seriously, there are such good writers out there, unpublished bloggers who are smart, inventive, funny, touching, insightful and compelling. You expect that level of professionalism in a book or a magazine, because there are editors and because the writers are getting paid to do a good job. But it still boggles me how many really great writers there are “out there,” just tossing off post after post after dynamite post, while I struggle just to make sense. I want so much to be good like that, but I’m just not.

I have thought about what I might be really good at, and I believe I can say with some assurance that I am great at driving on the Los Angeles freeway system. This may seem like a small thing to others, but I’m quite proud of it. I rarely bump into anyone, and I am never panicked into getting off at the wrong exit, or getting on in the wrong direction. In the 1960’s, back before Steve Allen became a pompous stuffed shirt, which was a few years before he died, he used to take questions from his studio audience. One tourist asked him what you should do if you miss your exit from a Los Angeles freeway, and without missing a beat his deadpan answer was “Find a girl, get married and settle down, because you’ll never get back to where you were going.”

He was right, and that is totally not me, because I got these freeways wired.