UPDATE: The simple version of what I’m saying in this post is that regardless ofÂ Obama/Biden’s big lead in the polls, not everybody who says they are going to vote Democratic will be allowed to vote. So the outcome might surprise us.

John McCain looks like a loser in this election, but don’t think the Republicans have given up. 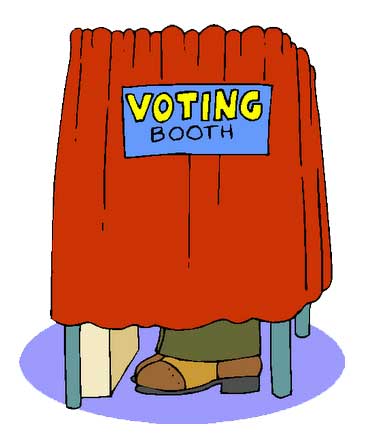 The New York Times reports today that tens of thousands of voter registrations in swing states have been purged, apparently illegally. The Times is careful to say that they can’t tell if one party or the other is orchestrating the mass removal of names from voter registration rolls, but when you are the (Republican) party of the elite wealthy minority, it stands to reason that you’ll benefit if fewer of the rabble get to cast their votes. The Republicans have been trying to make an issue of “voter fraud” for decades, but the truth is it’s not really a problem in our democracy.

The problem is vote suppression, (seriously, watch this 30-second video by one of the leading neocon thinkers, Paul Weyrich) and the Republicans have made an industry out of it, from jamming Democratic phone banks on election day to challenging peoples’ legal right to vote to rigging electronic voting machines. Low voter turnout translates into greater success for Republicans, and according to the Times article, these vanishing voter registrations are all taking place in swing states, so forgive me if I get a little suspicious about this. Even if this is not an orchestrated plan by the Republican National Committee, as the article points out, the Democrats have registered huge numbers of voters during this election cycle, and in some states for every new voter added to the rolls, two have been removed. Advantage — and suspicion: Republicans.

Meanwhile, across the nation Republicans are raising outraged cries of “voter fraud.” If you are a real wonk for details, you can read Columbia University professor Lorraine Minnite’s excellent paper, “The Politics of Voter Fraud” (PDF). The bottom line is “…the available evidence here suggests that voters rarely commit voter fraud.” The claim is simply a smokescreen to give cover to Republican operatives who know that they have a better chance of winning if the turnout is low.

Normally this is where I’d tell you that the solution to this particular problem is to make damned sure you get out on election day and cast your ballot, thus thwarting those who would prefer you stay home and watch John McCain eke out a narrow victory November 4. Unfortunately, if your name has been taken off the voter registration rolls, maybe because you’ve moved in the past year or so, maybe because you didn’t answer a letter from the RNC that looked like junk mail and so went directly into the recycle bin, the solution will be much more complicated than that.

You’ll be given a “provisional” ballot and told that it will be counted after proper verification. These are often called placebo ballots, because their main purpose is to get you to leave the polling place without making a fuss. The odds are that they will never be counted. You won’t know that, of course, and the only way all the votes will be counted is in an elaborate judicially-mandated recount, kind of like what happened in Florida eight years ago, and we all know how well that went.

I still think Barack Obama will be our next president. I’m just not sure how many lawyers and recounts it’s going to take.

RECOMMENDED READING: The Bradblog, for all sorts of voter fraud and machine-rigging stuff.

3 Replies to “Don’t Get Too Comfortable”