I do the laundry at my house.

OK, let me refine that: I take the laundry from my house, once a week, down to the local laundromat, and do it there.Â Three to six washer loads, two to four dryer loads,Â bring it home, fold it and put it away. Real men are not embarrassed to admit stuff like this. I do a damned fine job of it, too, producing visibly whiter whites, brighter brights and sharper creases. Because I have moved around a lot, and never really got set up with a washer and dryer, I’ve been doing it this way for most of my life.

For about as many years, I’ve been playing guitar in rock bands.Â At first I had a guitar bought at Sears, a Silvertone.Â Later I had a Harmony thin hollow body two-pickup single cutaway electric, shiny black and looking from a distance quite a bit like George Harrison’s Gretsch Country Gentleman (the only guitar I’ve ever seen with button upholstery on the back).

In San Francisco I started a band called The Hots, with a couple of guys from New York named Thom and Pfeffer.Â They had packed up and driven their ’67 Mustang to California, where they found that nothing was as good as it had been in New York, and the stores weren’t open as late, either, goddamnit. Still, they had come to town hoping to catch a little of that San Francisco Airplane-Dead-Quicksilver-Santana mojo, so they stayed and we played.

I thought things were going pretty well, but one day they sat me down to tell me that I needed a better instrument.Â They said I didn’t seem to take pride in my guitar, the way musicians in New York did. They said my guitar didn’t sound right, didn’t look right, that it was shabby, and too cheap. Since they wouldn’t shut up (New Yorkers, remember?) and since we were going to be big stars and have lots of money, I decided to humor them, and that’s when I made the first truly killer deal of my young life.

I went to a hock shop on 3rd Street, just below Market, and bought a 1961 Cherry Wood Gibson ES-355, with a hard shell case, for $275.Â I’ll wait while you look on eBay to find out what that guitar is worth today.

OK, got it? No, it’s not for sale. $275 was a lot of money to me in those days. I had to borrow some of it and I really sweated the purchase. But once I had that guitar in my possession, once I played it in the band, stroked it and fingered it and caressed it, once Thom and Pfeffer got a load of it, I was so high that I didn’t need to smoke anything for a month, and I dreamed about that guitar for the whole month, played it every waking moment, polished it every day.

Over the ensuing decades I’ve played that guitar and others on a thousand bandstands from cheesy to regal. I became a journeyman player, but even though I never got to be a rich rock star I never regretted the money I spent on the 355, or the J160, the Strat or the Blackjack.

Lately I’ve been thinking I need a new guitar, and the one that’s calling my name is the Fender Telecaster.Â I’ve looked at them online, and discovered a bewildering array of sub-models: the Standard, the American Standard, the Deluxe, the Baja, the Highway 1, the Classic ’72, the Vintage Hot Rod ’52, the Thinline… well, the list goes on for 9 pages on the Musician’s Friend web site, with ten entries per page.

But I went to a store that had a bunch of them, and I played them all, compared the sound and the playability, sorted through the various features and I picked one. I picked one, but I didn’t buy it, and now I can’t stop thinking about it. With this guitar, I imagine, my life will change. I will find The Lost Chord, and when I play, the angels will sing! I wake from a sound sleep with the Tele twang ringing in the room, the fretboard under my fingers, and I think maybe today I’ll go back to the store and bring that baby home.

I have to admit that there is logic to this idea. I spend two hours doing the laundry every week, and that time is devoted entirely to the mundane task of getting our clothes ready to wear for the next week, over and over, every week.Â Nothing new is produced, and nothing permanent.Â The next week, I have to do it all over again.Â If I had my own mini-laundry at the house, I could do a load of laundry whenever one was needed.Â I could do small loads, hot loads, delicate loads, using settings that don’t even exist on commercial washers.Â Of course I couldn’t do six loads all at the same time, but this inefficiency would be balanced by the convenience and efficiency of being able to wash some stuff whenever. While the machine was doing its thing, I could be in the home studio, playing one of the guitars I already own, writing new songs, creating my Art. And let’s not forget about all those quarters – it’s costing 400 bucks a year in quarters to do things the way I’ve been doing them, so a washer and dryer would pay for themselves eventually (you could make a similar argument for the Telecaster, but it would really be a stretch).

Why does life have to be cluttered with these compromises? I can hear both of these voices, both of their arguments, clearly. They both make sense to me. One tugs my heart, one appeals to my brain. Is one more important, more valid than the other? Ben Franklin’s handy cast-iron indoor fireplace (the Franklin stove) brought modern technology to bear on an enduring problem of life in much the same way a washer-dryer would address my own situation, but what have we lost because of it? While Ben worked on his invention and all his other devices (bi-focals, mousetraps, etc.), he may have solved practical problems and made life easier for us all, but he wasn’t putting his great mind to work on the Eternal Questions (who are we? why are we here?). There’s no doubt now that humanity has decided to rely on technology and engineering, but are we really better off with homes that are comfortably heated at all times? What if there were more philosophers, painters and songwriters, and fewer answering machines and 500-horsepower sports cars? Are we in balance with our planet, with our nature?

In short, which fork in the road do I take now?

or the Franklin stove? 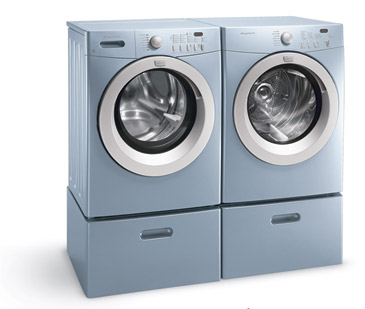 *Title lifted verbatim from an essay in a textbook collection I read in high school. Can’t remember the name of the book or who wrote the essay. Help me if you can.

18 Replies to “Eternity or the Franklin Stove?*”