I’m drinking cup after cup of strong coffee and watching Steely Dan videos on the internet.

My job has devolved into marking time and waiting for something to happen. I’m not the guy who makes things happen here. I just clean up the messes, the inevitable chaos that arises from doing business.

The fun-blocking software here at HugeCorp seems to be down. Normally I can’t access YouTube at my office, but today everything is working. I’ve been reading a book about Steely Dan. The book sucks, so I won’t mention the title or the author here, in case the guy googles himself and finds this. I don’t like his book, but I don’t want to hurt his feelings.

Anyway, as a long-time fan of their music, I was pretty sure that the surly, angry complainers depicted in the book were not the guys I’d been hearing on the radio for the past thirty years,Â so I’ve been taking advantage of this little downturn/downtime in the world economy to research the real Walter Becker and Donald Fagen, and guess what? They are not surly, angry complainers. Oh, they’re not your typical rock stars. They are a bit withdrawn and they may have given some off-the-wall interviews, but the author seems to be a fan and wannabe member of their inner circle, and he has apparently made up personalities for his heroes, and is trying in his writing to emulate a Steely Dan world view that exists only in his imagination.

In the early 1970’s my beautiful teenage girlfriend went by herself to see Steely Dan in concert. I didn’t even know she had a ticket, but the next time I saw her she was still tingling from the experience and she transferred her excitement to me in a long hot afternoon. She gave herself sweetly and completely, and I decided that I was a Steely Dan fan, too.

Soon, though, I betrayed her by going on the road for a few months. I thought of her often, especially when I was singing “My Old School” and “Dirty Work,” and I even sent postcards with pictures of exotic places like the old territorial prison in the Arizona desert. She dumped me while I was gone, for a handsome forest ranger who took her away to Steamboat Springs.

I was shaken, but I got over it in time, and it’s only now that it occurs to me to weep when I think of her. 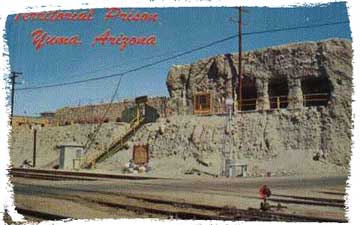