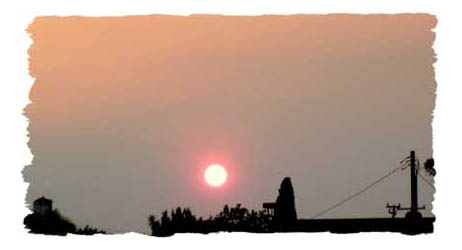 Itâ€™s made of steel and glass, asphalt and concrete. Even the rivers are paved. When thereâ€™s a fire here, itâ€™s started with gasoline, fueled by toxic chemicals and old tires. Nature doesnâ€™t have the tools to burn us here in our fortress.

But if you venture outside the walls, as many of us have, if you build your house of sticks out in the canyons or on the surrounding ridges, if you are so brazen and presumptuous as to think that the world owes you a view, of the sea, of the mountains, of the stars at night, then youâ€™d better be ready to run. Spiders will bite you, coyotes will eat your cats, mountain lions will stalk you and poison ivy, Lordâ€™ll make you itch.

Weâ€™ll build a road out there for you, and weâ€™ll string wires, and you may feel as if youâ€™re still part of the city, but there are different rules out there. One day all the moisture will be gone from the air, and the trees and brush will get brittle. The animals will be jumpy with foreboding and a hot wind will start to blow in from the desert and the brown, cracked leaves on the ground will start to swirl, trees will bend in half from the roaring wind and after a while one of your wires will fall, spraying sparks, and God help you if you donâ€™t catch it in time.

Weâ€™ve put out too many little fires, weâ€™ve tampered with the natural order of things, and we will atone.

Back here on the pavement, I canâ€™t see any fire, except on television, like the rest of the country. I might see more of it because here everything is preempted for fire coverage, hours and hours of pictures of things burning, soot-covered men in yellow suits, water-dropping airplanes and helicopters, reporters on the scene, wearing goggles and face masks, endless reports of road closures and â€” hooray! â€” road openings, the Governor giving grim interviews in front of a fire engine while evacuees pour out of the hills, 500,000 of them so far.

Itâ€™s like the bad old days of the 1960â€™s here now. You can see the air. It coats the inside of your mouth and shrouds the sun, casting the city in an orange-grey shadow. Soot and ash are everywhere, but the business of the city, getting and spending, goes on. Yesterday on the freeway on the way to work I saw a mile-long convoy of fire trucks and ambulances going in the opposite direction, in the carpool lane, heading for Orange County, the vehicles painted the many colors of several different fire departments. They were on the other side of the divider, but my side of the freeway bogged down for ten minutes because of it. People have to look. They canâ€™t help themselves.

But Iâ€™m fine. The temperature will be below the nineties today, not that Iâ€™ve noticed in my air-conditioned office. Iâ€™ll be singing for the people tonight. I have a little extra stuff in my throat and lungs, but I think I can do it, and I think the people will ignore the disaster and come out to party.

Itâ€™s not the apocalypse. Just a preview.

4 Replies to “Life on Mars”