I was late for work today, so I had a chance to listen to Rush Limbaugh in the car. 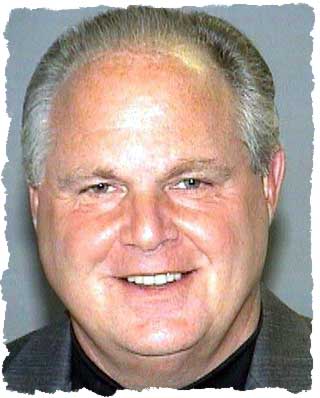 Since Al Gore was given the Nobel Peace Prize this morning, I figured Rush would be particularly entertaining today. In the few minutes I listened, he said:

These are just the things I can remember that he said in a three-minute period. I don’t know how Bill and Hillary Clinton became part of the story, but I’m sure the ditto-heads were delighted to hear their names again. There were, of course, a few more remarks that I can’t remember, but there was also his tone of voice, which was dripping with sarcasm and a kind of giddy, manic, pseudo-gotcha glee. Pseudo because he ain’t got shit.

The Nobel Peace Prize is prestigious. The right wingnuts know this, even as they try to deny it. It’s often controversial, but if it’s such a joke, why spend any time making fun of it? Rush ain’t got shit, and the Republicans ain’t got shit. Limbaugh is a clown, an entertainer who has figured out where the money is and who will say whatever it takes to keep it flowing. He’s good at his job, unfortunately, but he seems to be talking crazier and crazier shit as the fortunes of the Right decline.

Note to the righ wing slime and disinformation machine. Al Gore won the Nobel Peace Prize, and you didn’t. Get over it.

BONUS NOTE: If you are stuck in traffic during The Rush Limbaugh Show, or are in some other way forced to listen to AM radio, and you just can’t take any more Excellence In Broadcasting, may I suggest that you tune in to Thom Hartmann on Air America? In my town (Los Angeles) the affiliate is KTLK-1150 AM, way up on the right side of the dial. Thom is a smart, well-read and oft-published lefty, with intersting ideas and respect for all his listeners. How he gets conservatives to call in and debate him on the air, I don’t know, as he usually embarrasses them, and by now they must know about him. You should too.
Share this: