All these activities have to take place in different rooms. So I go in to where the big TV is hooked up to the digital cable box, and there is Clockwatchers, a sad, funny movie about four young women killing time as temps in a huge office. Also, there are the papers I have been sorting through for half of this dreary day, looking for my tax stuff. This stuff has been piling up for months. It has now been separated into three piles: The biggest pile is recycling – mainly flyers from local grocery stores. I don’t know why I didn’t chuck them the moment I saw them. Then there is shredding – the endless junk mail I get that has my real name and address on it. Blank checks I (or anyone who finds them) can write against my credit accounts, subscription renewals that just might tell someone too much about me – have you noticed how personal, how targeted junk mail is becoming? The third pile is stuff I’m pretty sure I have to save, but I don’t know why or where.

So I go to the kitchen to get a paper bag for the recycling and there is the coffeemaker. I am a coffee freak. I buy roasted coffee beans at health food stores (!), organically grown, and unsprayed with poison. Coffee is the most chemically treated crop in the world, you know, so if you’re going to drink as much of it as I do (don’t ask) you don’t want a pesticide cocktail along with it. I mix at least two different varieties of coffee most of the time, and grind the beans one pot at a time. I have been using a glass Melitta stove-top cone-type coffee pot since the Spanish American War, until last Christmas, when someone tried to bring me into the 21st Century by giving me an electric coffeemaker. I had told this person many times that I liked the ritual of the stove-top model – the measuring of the water, the boiling of the water in a separate vessel, “surprising” the coffee with that first brief squirt of hot water, refilling the cone a couple of times until the perfect pot of coffee was there, visible in its’ gorgeous mahogany glory in my glass pot. But I got the electric coffeemaker anyway. “Look,” he said, “it’s a Melitta, and it uses a cone!”

So for a few months a good part of the coffee ritual was gone from my life. Water in this hole, coffee down here, press the button and walk away. Might as well walk away, because the carafe is stainless steel, so you not only don’t have to do anything, but you can’t even see if anything is happening. Also, you can never tell for sure if the pot is clean, because you can’t see through it.

But some of the ritual element is returning, because the electronic mechanism that detects when there is no more water and the coffee is ready has gone haywire, and now the coffeemaker stops brewing at random times during the process, sometimes after only a cup has gone through, sometimes in the middle or near the end. When that happens you have to push the button again to make it start. Lately it has been stopping three or four times before finishing a pot of coffee, each time necessitating a manual restart. It’s not exactly a mystical ritual, but it’s all I have left. When this thing breaks down completely, I’m going back to my ancient glass rig.

But why am I standing in the kitchen with this paper bag in my hand? Oh yes, the recycling, which is on the floor in front of the TV. I leave the coffeemaker and go out to gather up the papers from the floor, and now I am back watching the movie. The four temps are amazed and disgusted that some new girl has been hired on a permanent basis to do a job that any one of them can do easily. There is no justice. 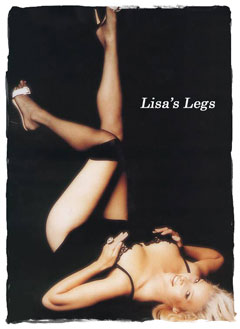 After bagging up the papers to be recycled, I get smart and pick up the papers to be shredded, so my walk back to the kitchen can have a dual purpose. I take the shreddables into where the shredder is, which is also where the computer is, which reminds me that I have a bunch of blogs open in tabs, and these obsessive bloggers will be looking at their site statistics and trying to figure out who was reading their blogs for six hours. So I try to read (and close) a few of my faves while I stuff paper into the shredder, hoping that sorting this stuff while watching Lisa Kudrow’s long, long legs in a short, short skirt hasn’t made me put my tax documents in this pile by mistake, because, hey, it’s too late now. Then I think Well, maybe I’ll type a few notes myself, and I start to do that but then I remember that I want some coffee.

I go in the kitchen, and sure enough, the coffeemaker has stopped. So I restart it and go back to type some more, but while I’m at it I realize the movie will be ending soon and I’ve never actually seen the ending. Do you do that in this era of cable movies? Watch parts of movies here and there, now and then, out of sequence, until you’ve seen the whole thing?

But I have missed the ending, my stuff that must be saved is still sitting on the coffee table and… Coffee table! Coffee!

Back in the kitchen, the coffeemaker needs another restart, and now I can’t find the bag of recycling. Shit, it’s in by the shredder, next to the computer, where the blogs are waiting to be read and written.

I haven’t found the papers I was looking for, and I haven’t had my coffee. But I have filled up a trash can with shredded paper, read some and blogged some, and that’s something.

Oh yeah: And I had a brief video relationship with Lisa’s legs.