I’ve been hearing on the radio lately that if I replace five of my regular light bulbs at home with these newfangled curly-cue compact fluorescent bulbs, it will be like taking 400,000 — or is it 40,000? I don’t remember — cars off the roads in California. 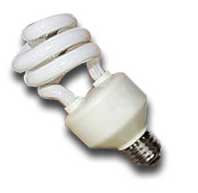 Sounds good to me. I’ve put in four of these bulbs in the past month, which (taking the low figure) should equate to 32,000 cars staying home.

Unfortunately it seems the other 8,000 of them are maneuvering around on the roads between my home and my office, usually at the same time I am trying to get from one to the other, and none of them are using their turn signals.

What’s the deal with turn signals? They are on every car I’ve ever owned. They’re mentioned prominently in the California DMV Driver’s Handbook. In fact, if you show up at the DMV to take your driving test in a car with non-working turn signals, you get sent home to fix them. You have to have them, and the handbook is pretty specific about the legal requirement to use them, too. Maybe it’s different in other places, but in my town, in my state, nobody uses them, or they use them wrong.

Of course there are the drivers on the freeway who feel perfectly all right about changing lanes whenever they feel like it, no matter who they might cut off. I rarely go an entire week of commuting without having at least one red-light, heart-in-the-throat, ABS-thumping incident due to some oblivious asshole sliding his crossover SUV in front of me with no warning. They are usually not going as fast as I am, either, which leads to ill will on my part, and when I eventually get to pass them, I look over, but they seem not to realize they have sinned, as they talk on the phone, fix their makeup (this is LA: even the men wear makeup) or tune their Sirius radios.

That’s bad enough, but I can sort of understand this lack of driving courtesy: they are turn signals, you know, and changing lanes isn’t really turning. I have more trouble empathizing with people who are actually turning and who don’t signal. They will turn right in front of you when you are rushing toward them at an intersection. They seem to think that the key is to get their car in your path at any cost, at which point you will have to let them through. Following this line of thought, you can see that signaling would defeat their purpose: If I know you are going to turn, I can speed up and prevent you from doing so. And I would, too, because the main reason I ever get in my car is to obstruct your trip to wherever the f*ck.

Then there are the drivers — and I use the term loosely — who signal only as they enter their turn. To them, the signal means “OK, I am turning now. See me turning?” They are not signaling about something they intend to do very soon, like maybe in a couple of hundred feet. They are signaling about something that is happening right now. Why signal at all? If your turn is going to cause an accident because no one knew it was coming, the only difference will be that your blinker will be blinking when I crash into your car.

Look, it’s just plain thoughtless rudeness. Or maybe it’s willful rudeness, I don’t know. Signaling is something you do mainly for the other guy, and in today’s world, with all your responsibilities and deadlines and preoccupations, who cares about anybody but yourself? The other guy would stick it to you in a heartbeat if it served his purposes, wouldn’t he?

Maybe so. Maybe there’s no cure for this epidemic of boorishness. But I warn all you non-signaling drivers: I have 50 more compact fluorescent bulbs in my garage. If you don’t shape up pronto, you are all going to be riding your bicycles.

8 Replies to “One Good Turn”