During my blogging sabbatical, which seems to be coming to a close now, I have… 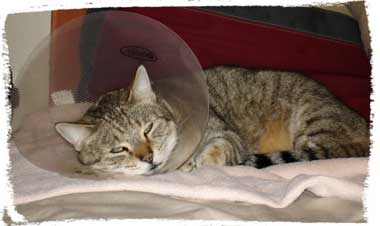 Instead of your wonderful blogs, I’ve been reading the web sites of the New York Times, Wall Street Journal, Washington Post, Financial Times and Rolling Stone. The conclusion I have reached is that there is no way to find out what’s really happening in the world. I know more about Chris Brown smacking his girlfriend and John and Kate Gosselin’s impending divorce than I do about the situation on the streets of Tehran or the President’s proposals for healthcare reform and financial services reform.

A lot of people are getting divorced. That’s not news. And, if you went back and looked at the Los Angeles police blotter for that night before the Grammy’s (if there were a police blotter in LA), you’d find numerous serious domestic assaults and maybe a couple of homicides. Not to make light of it, but Chris and Rhianna’s problems don’t amount to a hill of beans in this crazy world. I haven’t figured out yet if we are being fed this crap because we demand it, or if we are being fed this crap in a concerted effort to distract us from what’s really going on.

I thought the internet was going to democratize the news, make it impossible for the power elite to hide the ball, give us all an unvarnished look at the real goings on in the halls of power, here and abroad. But what we seem to have instead is a Disney-ized version of that. Oh sure, there are cell-phone videos of every police beating in the world, and the internet sure looks like we are seeing stuff we’re “not supposed” to see, but guess who owns the internet? Verizon, AT&T, General Electric, Rupert Murdoch — you know: the same guys who own everything else. Do you really think they’d let us find out anything truly important?

I’m watching MSNBC right now, a bunch of millionaires nodding knowingly at the polls which report that Americans overwhelmingly want a public option in any new healthcare system, and casually announcing that people wouldn’t want that if they knew how much their taxes would go up. Maybe we’re that stupid. Maybe we really haven’t realized that a public option has to be paid for somehow. Or maybe the well-heeled reporters know which side their bread is buttered on, and are simply shooting down the populist proposals they know their bosses in the corner offices won’t like.

How do we find out the truth? Sorry — can’t tell you.

But I can tell you this: You can’t have “life, liberty and the pursuit of happiness” if you can’t go to the doctor when you’re sick. We are not “providing for the common welfare” if we are not making healthcare available to everybody. I for one don’t care if my taxes go up, although it’s not certain taht they will. I don’t care if someone else gets more benefit from a universal healthcare program than I do. I don’t want anyone in the richest nation the world has ever known to have to choose between food and medicine. Most of all, I don’t care if healthcare corporations are forced to start making healing their first priority, instead of profit-making. I believe it is unconscionable that we are a nation divided into people who have enough money to get help when they are sick, and people who don’t. Republicans, blue-dog Democrats and big-bucks lobbyists, ask yourselves: Is this what you want to be remembered for at your funerals? That you fought for the rights of corporations over sick people?

If so, may those funerals begin soon, so the rest of us can get on with life!

8 Replies to “Random Reporting and Ranting”