This is not really writing. 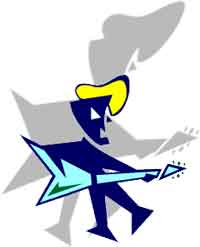 It’s only typing. Actual writing does not seem to be a possibility for me lately. I’m distracted by everything. Maybe there is too much information about the world available to me, but I am frazzled thinking about all the things that seem to be going wrong.

Like that multi-train bomb attack in Mumbai. When did it stop being Bombay, anyway? And when did it become accepted procedure to make your political point by indiscriminately killing and maiming unarmed civilians who don’t even know what you want and are not involved in preventing you from getting it? I can’t face the story. Are the bombers proud of themselves? What kind of asshole would be high-fiving back at the secret headquarters over such a brutal and outright chickenshit act? I can’t hear this news. My mind freezes when I think about it, and I can’t even recall if I’ve heard what it is that the bombers say they want, or what they are protesting, or if they’ve spoken up at all.

And what about the Supreme Court saying that the U.S. government has to treat all prisoners humanely, according to the Geneva Convention? What the walking fuck is that all about? I’ve been a loser in my political hopes and dreams for so long that I can’t believe my side – the good guys – seem to have come out on top of this one. It’s only a tiny skirmish, sure, but it seems to be for real: The Supreme Court! Still, I am mistrustful. Maybe it’s some kind of a trick, something Karl Rove dreamed up in cahoots with Chief Justice Roberts over cognac and cigars in the back room of an exclusive Virginia bistro, alone in the dark with the curtains drawn, under high security. Something that can be used as an OctoberSurprise to turn the midterm election around and increase the Republican majority in Congress. I am circling this story like a coyote in a hungry, suspicious pack, not sure if the wounded prey might still be strong enough to defend itself, or if it’s time to eat. Is this the beginning of the fall of the neocon takeover, or just a kooky anomaly? I shouldn’t be thinking this way, but I am muddled.

And I don’t care about the three Israeli soldiers who were kidnapped, any more than I give a shit about whether or not Israel is “overreacting” in it’s response. I feel only despair when I see this new violence taking place, and it doesn’t matter who is bombing whom. It just makes me think that there will never be an end to this crap, no matter how we pray, no matter how many world leaders act like they hate war. This particular conflagration is based, somewhere way back in time, on religious animosity, as so many wars are. You can talk about your political alliances and why Iran or Syria might be getting somethng out of this, or why doesn’t the Lebanese government rein in Hizbollah, or can’t the UN do something, but the bottom line seems to be that Muslims hate Jews. Maybe Jews hate Muslims, too. I know that’s not politically correct to speculate about, so fucking picket my house if you want to. I’ll bet Jews are capable of stupid, blind, murderous hatred just like the rest of us. My brain won’t track this story, either. Wait: Are we in Northern Ireland? Vietnam? Indonesia? Chad? Iraq? Somalia? If it’s Sunday there must be mindless bloodshed somewhere.

My job, and thus my life, has turned to shit. I can’t ignore it any more, which is something I used to be able to do. Really, of all the things I can’t write about, I probably could write best about this subject, but I am too identifiable on this blog, and the things I would say about my company would be offensive to my superiors and coworkers alike, and I would either get beaten up or fired, probably both. So I’ll have to find a different venue for that particular rant, and probably my supportive friends will never see it.

So I have gone in with another guy (my brother) and bought a PA system, and I am getting together on Saturday afternoons with some other players in my living room and I am taking out my frustrations on my guitar. So far we have jammed on the three hottest Saturdays of the year, and my house is not air conditioned. But it’s the only therapy I know how to do on myself.

I hope it works.

One Reply to “Rock Therapy”