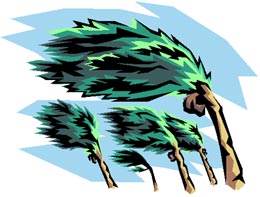 We are slipping into the sea. We have now received twice as much rain this season (32 inches) as the fine, rainy city of Seattle. The difference, of course, is that we have built our homes of straw, and on hillsides of soft dirt and boulders, and — look out! — here they come sliding down!The Hollywood Freeway was closed tonight. A 10-foot wall of mud filled a couple of condos in Hacienda Heights. Houses are sliding off their moorings in Culver City, Anaheim Hills and several other cities. A guy in Woodland Hills was buried in mud. Another guy died when he fell into a 30-foot deep sinkhole. Parts of the commuter train system have been shut down. There have been power outages throughout Southern California. A boulder crashed into a second-floor apartment and killed a 16-year-old girl as she worked at her computer. And the rain keeps coming, on its way to a hundred-year record.

We are always at least a little dramatic here, and now we are pretty sure this is the end of the world. And if it ends this way, in darkness and thunder, a wound on the left side bleeding our foolish fantasies like mud into the ocean, draining our dreams down the flood channels, the city of eternal wishing and hoping finally beached and lifeless, well, it’s got to end some way.

8 Replies to “The Deluge”