I need some philosophical advice. 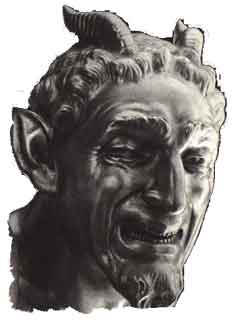 Here’s the sitch: My latest boss (eight months now) is a smug, obnoxious, strutting, self-involved and ruthless stuffed shirt. Of course it goes without saying that he’s also incompetent. And, I have to assume he knows I don’t like him. He was hired from outside as the top executive at our location, and since he joined the “team,” the team has disintegrated, with more than half the staff walking out or — even worse for him — transferring to other locations within the company, which is like saying “I’m OK with the company, I just don’t want to work for you.” During his short tenure, profitability and morale have plummeted. So in addition to being an asshole, his job is probably on the line. Trust me, I’m doing all I can to expedite his departure, but that’s another story.

All of a sudden, HugeCorp has decided to restart a program they abandoned a few years ago, and here’s where the fun begins. The program is called ESI, or Employee Satisfaction Index. Yes my friends, Hugecorp now says it wants to be an “employer of choice” within the industry, and to that end they are going to survey the current employees regarding their experiences and attitudes about their jobs, and their supervisors. They want to find out what we all think about our bosses and how the place is being run, so they can keep us satisfied. This may or may not be bullshit. Certainly they have shown no inclination in the past to care about what anybody thinks, but that doesn’t matter, does it, because now I am going to get a chance to have my say, and I will surely poke a sharp stick into his puffed-up ego.

So the day after we all find out there’s going to be these ESI surveys (the week after next, by the way), Mr. Potato Head calls me over to his desk and lets me watch him fill out my own Employee Evaluation form. Without even reading it, he gives me the top score in every category straight down the page, and then writes a nice complimentary note at the bottom (even if I did have to spell “meticulous” for him). So I am now the perfect, model employee (as if I weren’t already!).

Over the past week he’s been stopping by my office periodically, to make sure I have everything I need, shoot the breeze for a moment, see if if I’ve had lunch and just generally schmooze me. Remember, he knows I don’t like him, and our relationship to date has been, shall we say, cool. So the obvious conclusion is he knows he’s a jerk and he’s got about a week and a half to get on my good side so I don’t torpedo his ass in the survey. Of course I will torpedo his ass anyway, because he royally deserves it, but here’s what I need help with:

I could ask for a raise.

I brought the subject up several months ago, and never got an answer (which means “no,” I guess). But he’s now somewhat more motivated to make me happy these days. My dilemma is that this kind of extortion would be wrong, even if I do royally deserve a lot more money. Also, this walking sack of rhinoceros dung should be fired for the mess he has made of our operation. He should have to wait in the unemployment line in hell for all eternity, and if I make the kind of diabolical bargain he wants me to make he will get a reprieve from HugeCorp, or maybe even a promotion (yes, they are that clueless).

Plus, whatever money I got out of the deal would be Satan’s money, rotting and putrefying in my pockets and stinking up my soul. I already feel like I need to sponge off after every one of his glad-handing visits to my office. Could I stand to be in bed with this arrogant shithead?

Of course there’s a chance I wouldn’t be able to get the money anyway (HugeCorp might decide to block it, for example), but assuming I could, should I? I mean, I have had to enter into a suicide pact with a coworker, because I hate the job so much. I don’t know if I could stand closing ranks with management and becoming the “right” kind of person.

So that’s my dilemma. What do you think? The Devil’s Bargain, or The High Road to A Squalid Death?