NOTE: I want to make it clear that, while I am generally pretty exasperated by the sheer volume of commercial messages that fill my eyes and ears, I have no problem with the hard-working people whose job it is to create all this advertising and sell all these products. They’re just doing a job, and I love them like brothers and sisters.

All my life I’ve been pummeled by advertising. 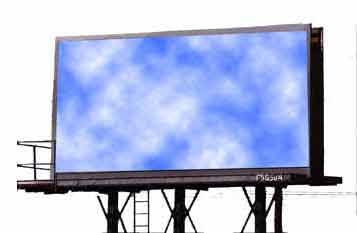 I have listened to and watched millions of 60-second spots. Over the years they have changed from live presentations by TV and radio personalities who have tried to cultivate my trust through a sort of pseudo friendship, into ever shorter and “punchier” 30’s, 20’s, 10’s and even five-second commercial messages delivered in MTV-style videos, no scene longer than two seconds, challenging my ability even to see what’s on the screen, much less understand what I think I’m seeing.

And then there are the print ads. It seems to me they used to appear only in newspapers and magazines, and they were there quite specifically to pay the bills. Now there are magazines that are essentially advertisements themselves, which have no reason to exist except to sell stuff. And the print ads arrive in the mail, stuffing my poor mail slot with junk every day. When I am lucky enough to find a real letter in the pile of shit, it’s a bill, which, by the way, contains seven or eight “special offers,” for driving gloves, negative ion generators, return address labels, clock radios, yearly planners and more, more, more, none of which I need or want.

Now the world is plastered with billboards everywhere you look. Even inside Starbucks, even after they’ve got you in there, they still feel like they have to put up more advertising for you to look at while you’re waiting to order. NASCAR racers are covered hood to trunk with so many commercial messages you can’t see the cars at all. The drivers are similarly pasted with ads. Sports arenas are named after corporations paying to associate themselves in your mind with the teams who play there. Movies are augmenting their box office takes with “product placement” within the shows themselves, and big-screen commercials before you get to see the film you paid for.

When I got my first modem in the eighties, I used it to log onto “electronic bulletin boards,” the precursor to today’s web-based blogs and forums. Everything was plain text — no pointing and clicking, no pictures, unless you chose to download one, which would take nine minutes before you could even see what you were getting. Needless to say, with a tiny, geeky audience, no sound and no graphics, there was also no advertising. I love the world wide web, but its ease of use and its rich visuals have made it another place where advertising can be profitable, and sure enough, most web pages you look at now are pinched down to a bit of content in the middle, choked on all sides with commercials, some so obnoxious that you HAVE to look at them, or click away.

Because I am a leading edge Baby Boomer, I am a member of a huge demographic group, so all through my life I have been a special target of advertising. Companies have figured, correctly, I guess, that if they can reach me and my fellow Boomers they will sell, sell, sell, increase their quarterly profits obscenely, and live happily ever after, or at least until the next quarterly report.

But from the beginning of this bombardment, advertising has had very little effect on me or the way I live my life. At first I had fun openly deriding TV and radio commercials. Many of them were so transparently stoopid that they were fertile ground for my own daily ongoing satirical review, in which I and my friends and family ridiculed their cluelessness and barely even registered the products we were supposed to want, need, buy.

This was fun for decades, until gradually I found that I wasn’t paying any attention to all this advertising. At some point — I don’t remember when — it started to just bounce off. I didn’t buy — or not buy — the stuff I saw on TV or any of those other places. I won’t say that none of it has had any effect. Certainly the culture I live in has been shaped by this onslaught of advertising, and I’m a product of that culture. I know about some stuff and not other stuff because of that culture. But generally speaking I buy what I want when I want it from whatever source I decide is the best one, and you can’t talk me into Jordache jeans or any other pants unless they fit the way I want them to and seem to be priced right for me and my budget, regardless of the pressure to look a certain way, or the same as everyone else. (Those who know me here in meatspace will attest that I am not a follower of fashion.)

It’s kind of funny when I think about it: one of the biggest “industries” in the world is not getting anywhere with me, its intended customer. If anything, I tend to stay away from heavily advertised stuff, on the theory that a big part of the price must be going to pay for all the ads. A corollary to that theory is that if it were something useful, something I might actually want if left to my own devices, then all the advertising wouldn’t be necessary.

The latest product that’s being marketed to me and my fellow Boomers — aside from Cadillacs, which I will never be old enough for — is financial services. Specifically, ways to assure that I will have a comfortable retirement. They’ve got Dennis Hopper, who probably should retire himself, talking hip to us, standing at a crossroads in the middle of nowhere, as if to say “Make a wrong turn here, Mr. Jones, and you will be fucked. Hurry — offer ends soon!.”

I haven’t paid much attention to the billions of advertisements I’ve seen in my lifetime, and I will not be stampeded into planning for my future, now that I am actually living in my future. It’s not what I do. I won’t ever retire anyway, and I resent what looks like scare tactics being used on me to get the paltry amount of money I have buried in the back yard. Don’t worry, Dennis, I get the picture: Jones living in a refrigerator box under the bridge, wearing rags and eating cat food.

It doesn’t scare me.

To Merrill Lynch, AARP, ING, Ameriprise, Fidelity Investments, Chuck Schwab, et al: I have practiced ignoring you my whole life. If you think you can get through to me now, so near the end, bring it on.