So the E! channel is going to hire actors to recreate actual scenes from the Trial of Michael Jackson. The scenes will be taken from court transcripts. They’ve got a Michael Jackson impersonator and people to play the judge, lawyers, etc., and they have a set designed to look just like the actual courtroom in Santa Maria. I don’t know if they’re planning to recreate the jury, or what the ethics of that would be. Ha – did I say “ethics?”

They have to do this because

But now that we’ve been conditioned for the past couple of years to accept “reality TV” as an acceptable “art” form (I’m sorry, I can’t stop using quotation marks in this post), who needs cameras in the courtroom? A reenactment could be better than the real thing.

Like, if the transcript indicates that the accused stood and said “Not guilty, Your Honor,” the reenactment could depict maybe a spin move and a hand to the crotch. Who’s to say it didn’t happen that way? Heck, even if somebody did say it didn’t happen that way, who cares? This could open up a whole new world of television. I’d like to see a reenactment of Bush’s closed door meeting with Putin. Does he call him Vladimir to his face? Or how about the Pope arguing in private with his doctors about the morality of pulling the plug on someone in a permanent vegetative state?

But can E! find actors who can memorize a script that fast? I mean, if they’re going to be timely about this, they are going to have to show courtroom drama on the day it happens. This means they’ll have to get those transcripts promptly when court adjourns, which probably means buttering up a court reporter at the very least, up to and including bribery, which I think is legal in this type of case. Then they have to convert them to some sort of working script, which will involve one or two rewrites (remember, this will be based on court transcripts. There may be some “artistic” license taken.) and finally the actors will have to shoot the show. They can’t be reading or stumbling over lines, and the “news” orientation will make it mandatory that things get done quickly, or at least before the next days’ proceedings begin. This could be the career challenge of a lifetime for them. 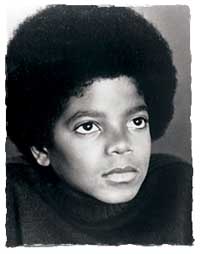 I don’t know if Jackson did anything criminal or immoral. I hope not. But I can’t help wondering if the Michael Jackson of today would molest that cute little Michael of 1970. Tune in to “witness” every exciting development.

11 Replies to “THIS is Entertainment!”